On a rainy morning, Ji-yeon makes breakfast for our favorite girls. Lo and behold, all three eggs she cracks turn out to be double-yolked, seemingly marking the start of a lucky day. However, Ji-yeon wears a strangely pensive look on her face, though we don’t find out why until later.

Before that, our girls enjoy their good fortune. So-hee gets a flash of inspiration, and her newfound idea is received with much enthusiasm at work. Meanwhile, the heavy rain prevents Ji-goo from making her usual deliveries, which leads her to a lucrative alternative — running errands. 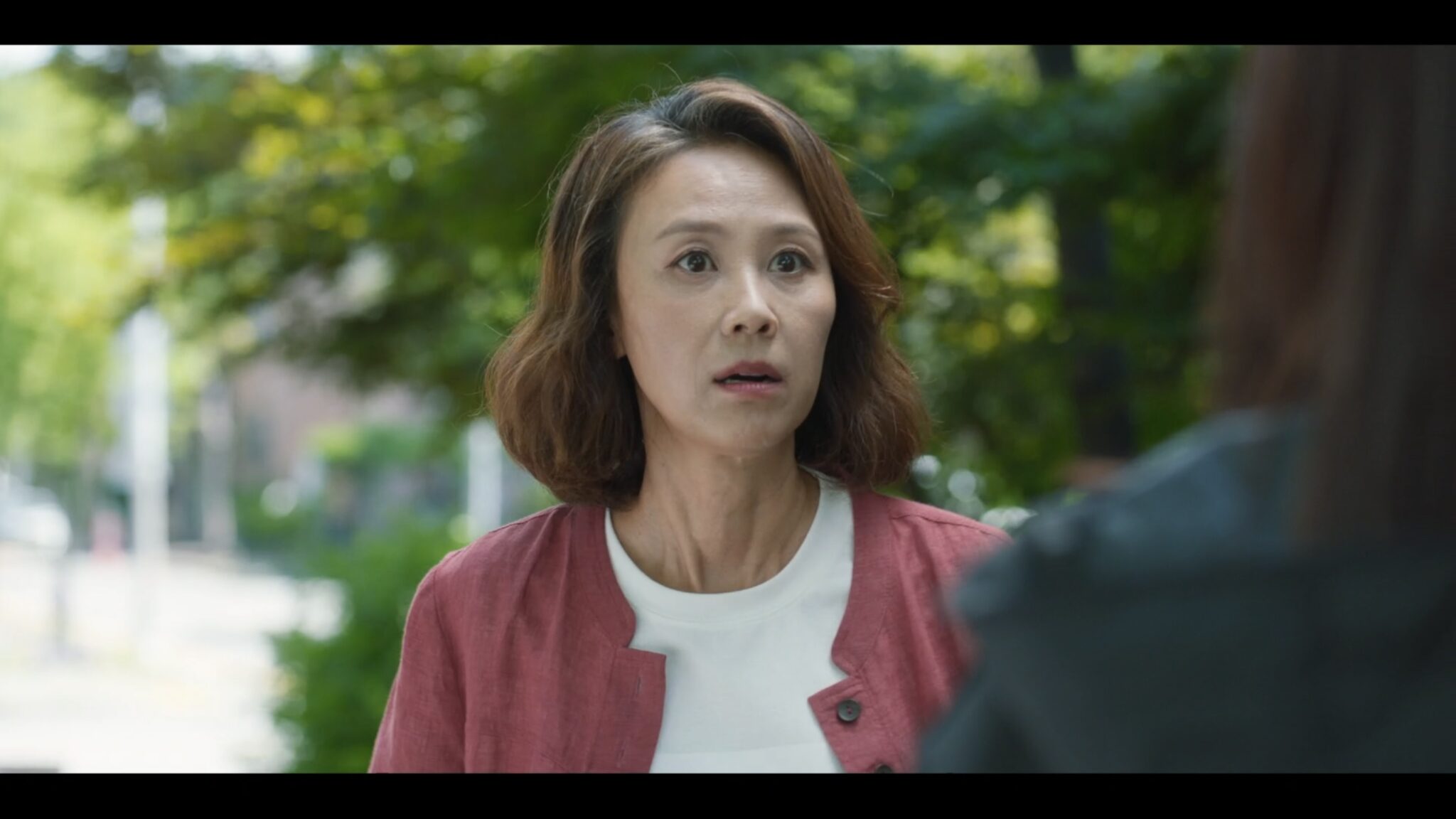 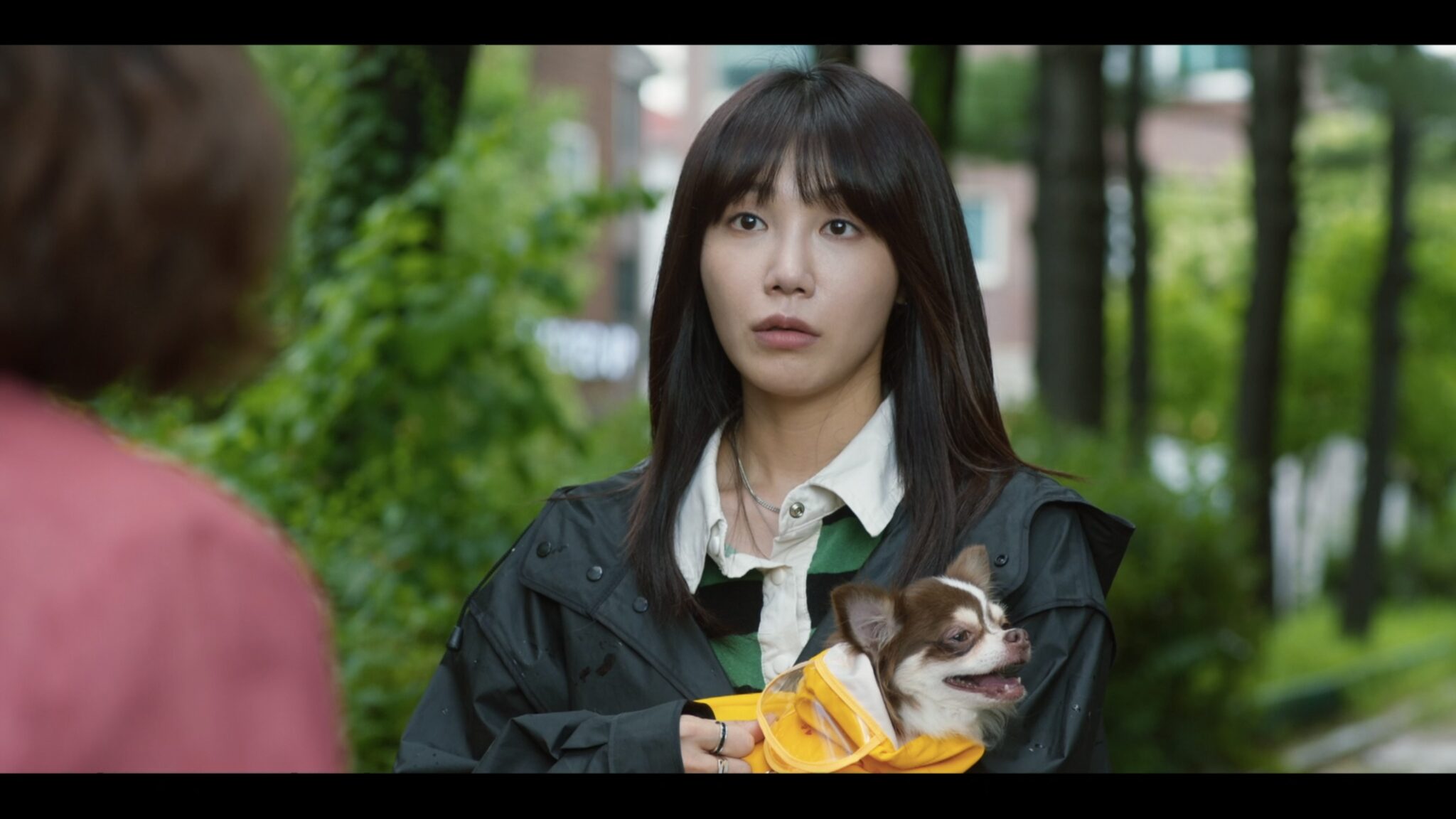 Catching a cockroach is no big deal for our fearless Ji-goo, but her next errand throws her good day off-kilter. While she’s out walking someone else’s dog, she coincidentally runs into her mother, who is not at all pleased to see her. In fact, she’s ashamed of Ji-goo’s less-than-illustrious career (or lack thereof), and pretends she doesn’t know Ji-goo at all so she can save face in front of her superficial friends.

To her credit, Ji-goo doesn’t falter — instead, she calls out to her mother, forcing her to acknowledge her own daughter. Ji-goo isn’t the least bit abashed, matter-of-factly explaining her current jobs to her mother’s friends. Still, once she’s alone, she can’t help but wonder if she took it too far. 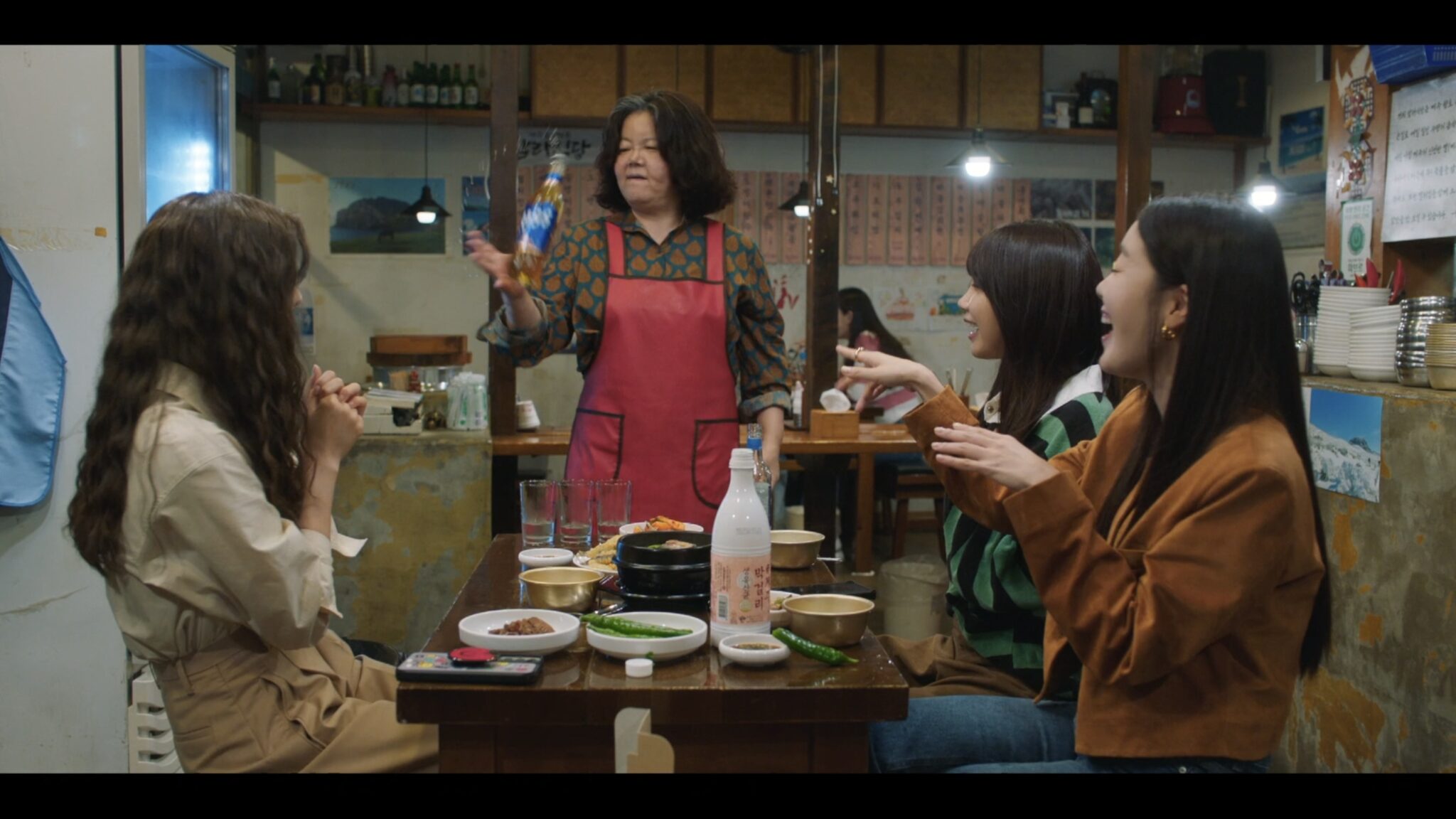 That evening, our three friends gather at their favorite Jeju-style restaurant, in need of a hearty meal and a satisfying drink. With a little intervention from Ji-yeon, the other two end up on the phone with their moms. It doesn’t go very well — Ji-goo gets yelled at for making her mother lose face, while So-hee grows worried when she realizes her mother has been drinking.

Meanwhile, Ji-yeon sits outside with a cup of coffee for her late mom. It’s her own way of holding death anniversary rites, since her mother had instructed her to forget the day of her passing — and the happy-go-lucky Ji-yeon had followed suit. Still, it’s clear that memories can’t be forgotten that easily, because even the smallest things still remind Ji-yeon of her mom from time to time. 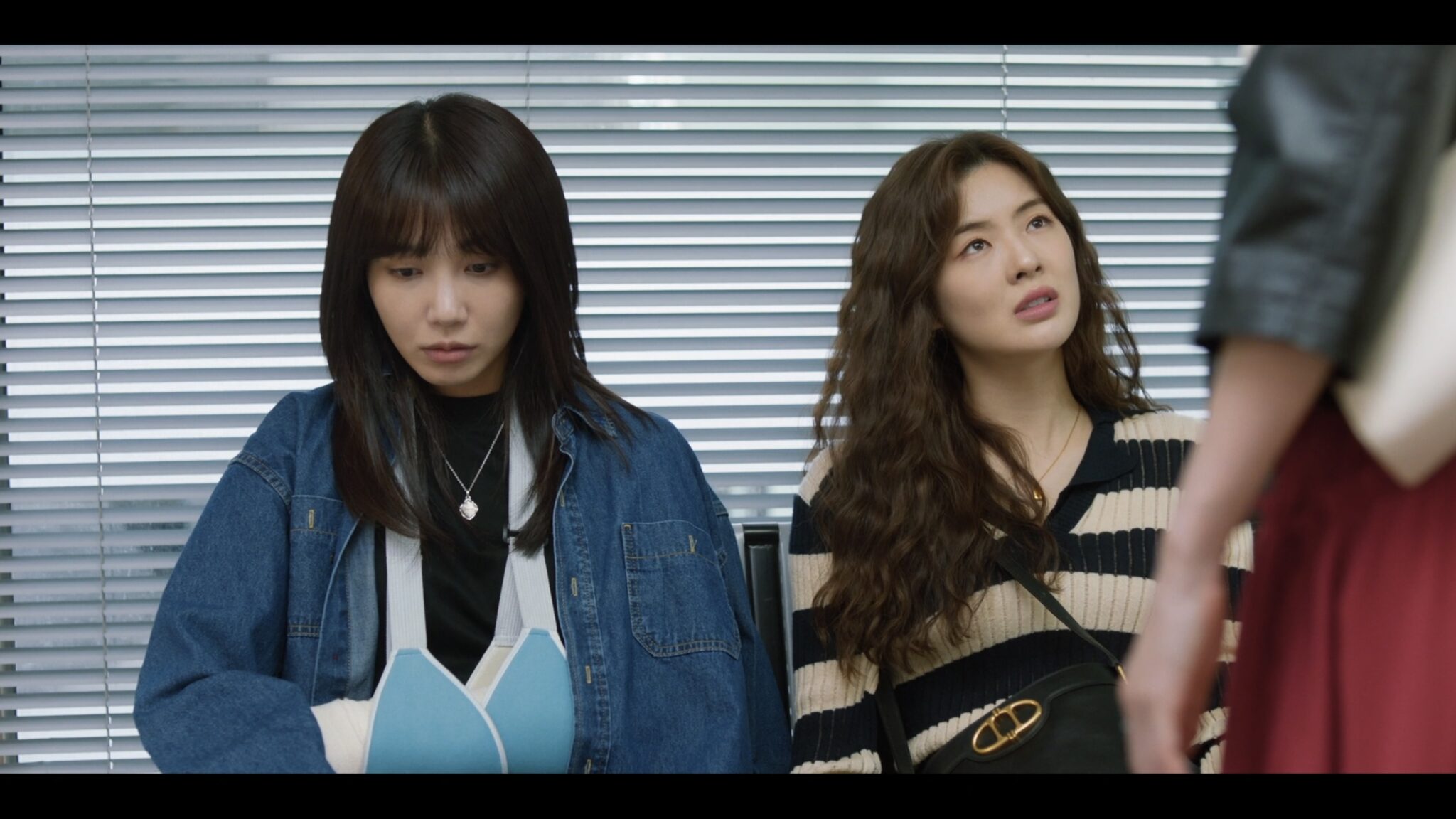 The trio commiserate about their moms, drinking well into the night. None of them can understand their own mom’s behavior, but tellingly, they can all empathize with one another’s moms. As the saying goes, it’s always darkest underneath the lamp — it’s hard to recognize the love that your closest ones show in their own ways.

This theme carries on into the next day, which is theoretically supposed to be yet another fortuitous day — Ji-goo dreamt of poop, ha. Except the moment Ji-goo rides out of the house on her delivery motorcycle, she crashes into a parked car. It’s a minor accident, but there’s a pressing problem worse than Ji-goo’s broken arm. She crashed into an expensive Bentley. HAHAHA. 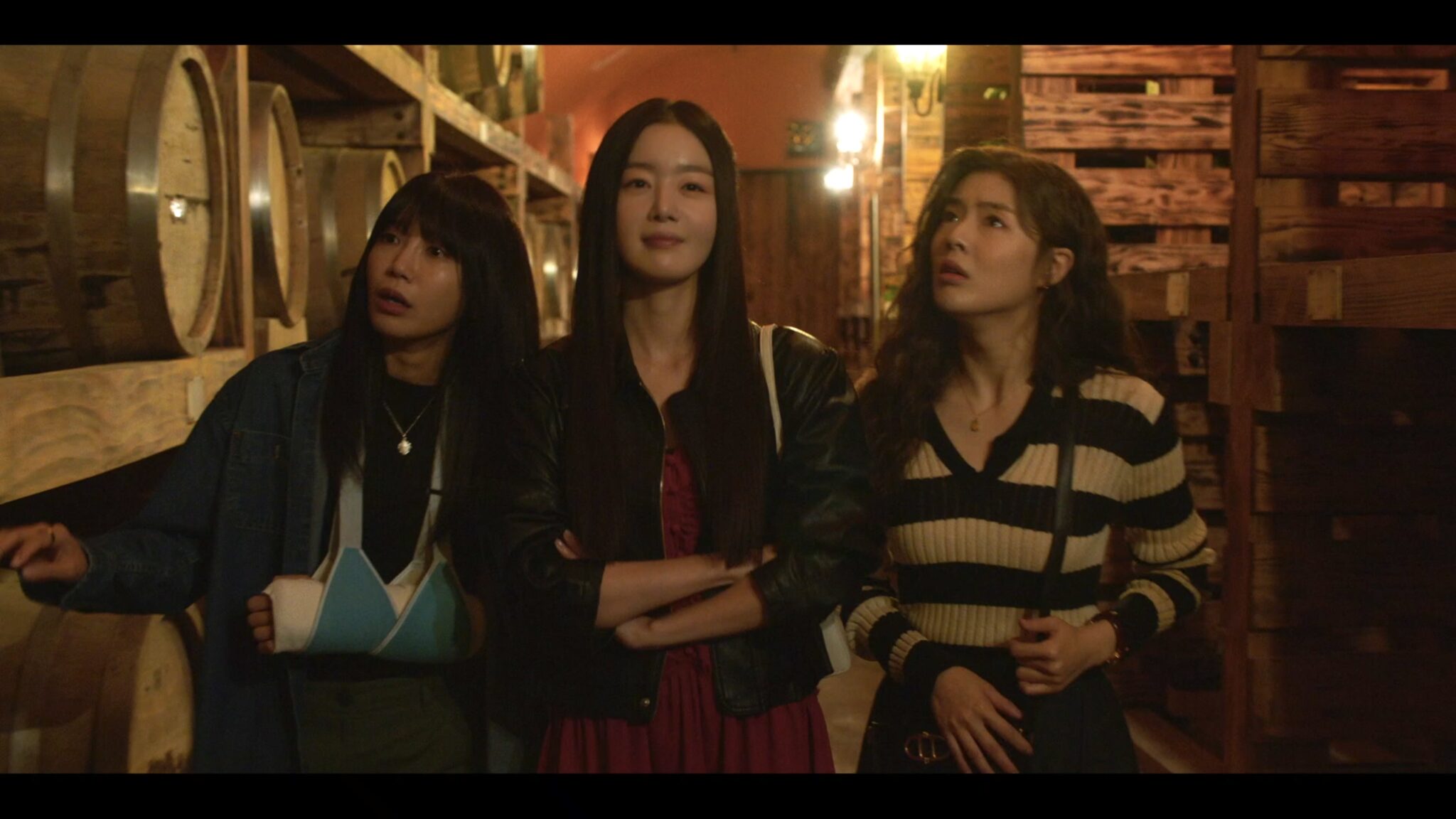 Never fear, Ji-yeon’s here! Ever resourceful, Ji-yeon takes the girls to a secret wine cellar — courtesy of her late mom, who’s built up a collection over the years. We launch into a flashback, and just one glimpse of her mom is enough to tell where Ji-yeon got her expressive mannerisms and unique laugh from.

Once a Jeju country girl, Ji-yeon’s mom had fallen in love at first sight with a city man, who immediately turned tail once he found out she was pregnant. But Mom was intelligent and independent, and she raised Ji-yeon single-handedly while running a successful pub. 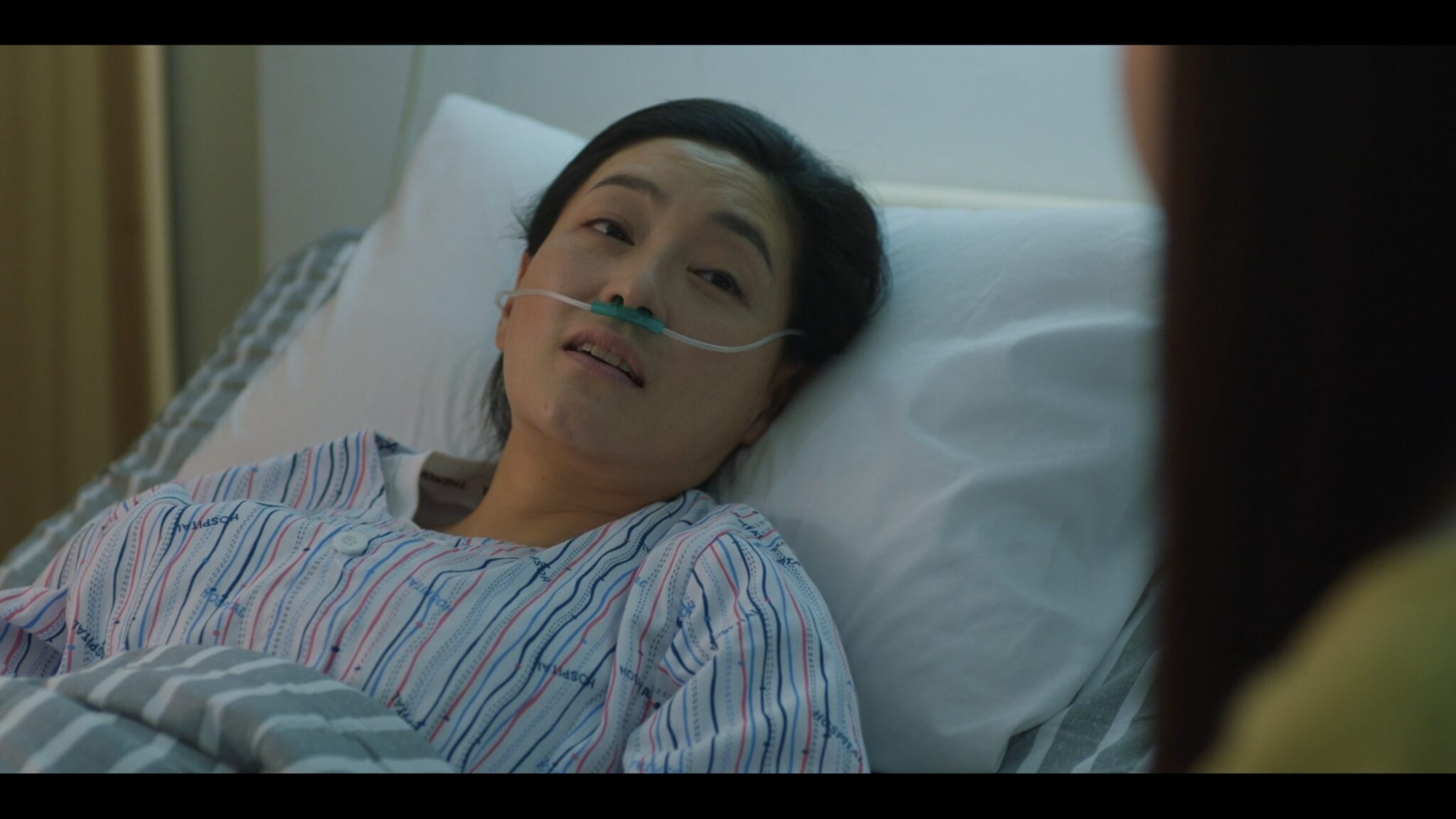 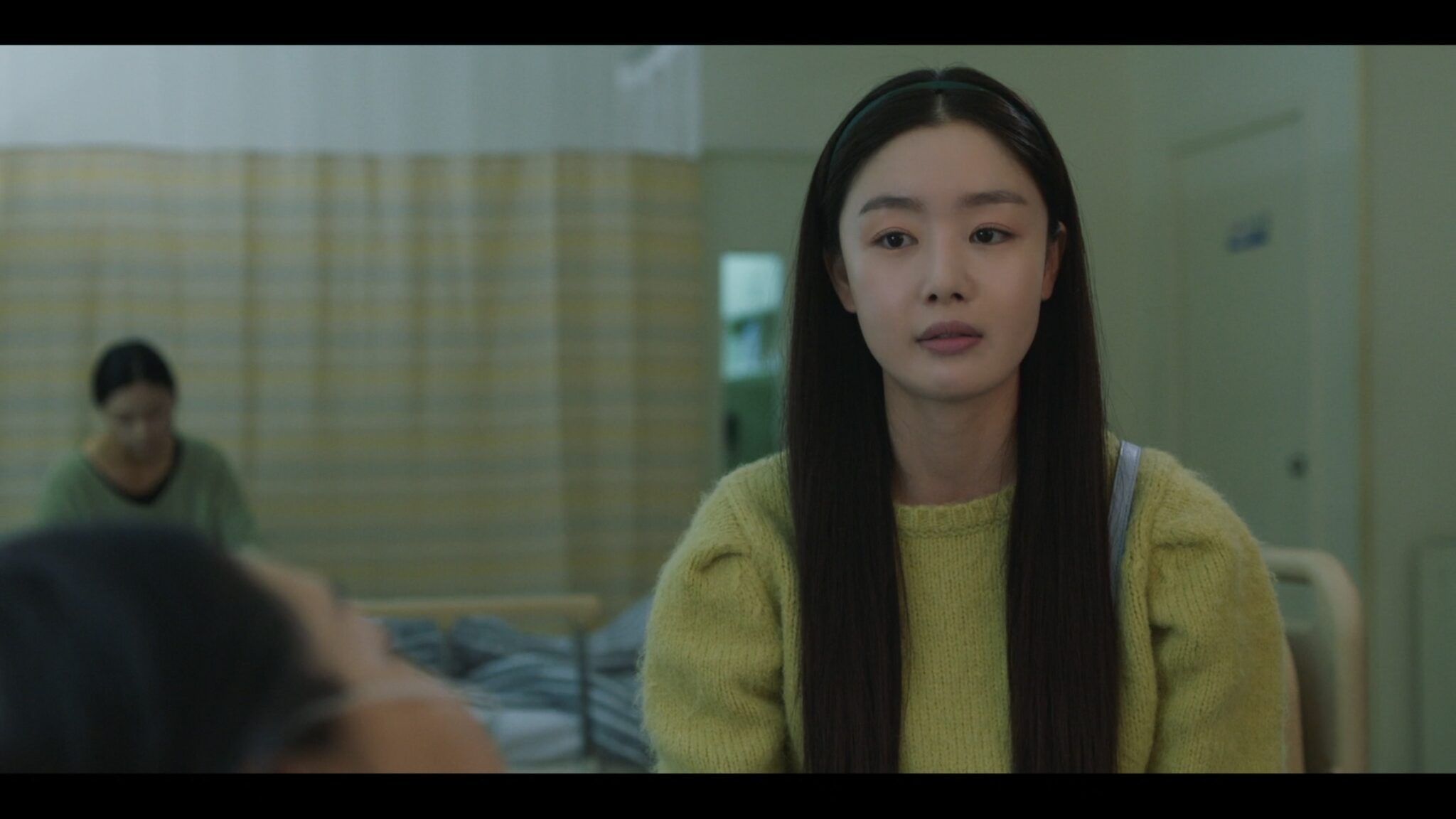 Mom’s soju expertise not only landed her on television, but also allowed her to keep her business going even when she had to move cities after several unwelcome run-ins with the disloyal man who ditched her. She struck gold in collecting outdated soju brands, which soon became obsolete and thus hotly in-demand.

Despite all that, she never once let Ji-yeon try soju — even fibbing that she doesn’t possess the genes required to break down alcohol, ha. Ji-yeon soon busts the lie when she accidentally drinks homemade wine at a university orientation party, but it’s clear that Mom just wanted to protect her precious daughter, raising her so that she could enjoy the sweetness of life no matter how bitter reality was. 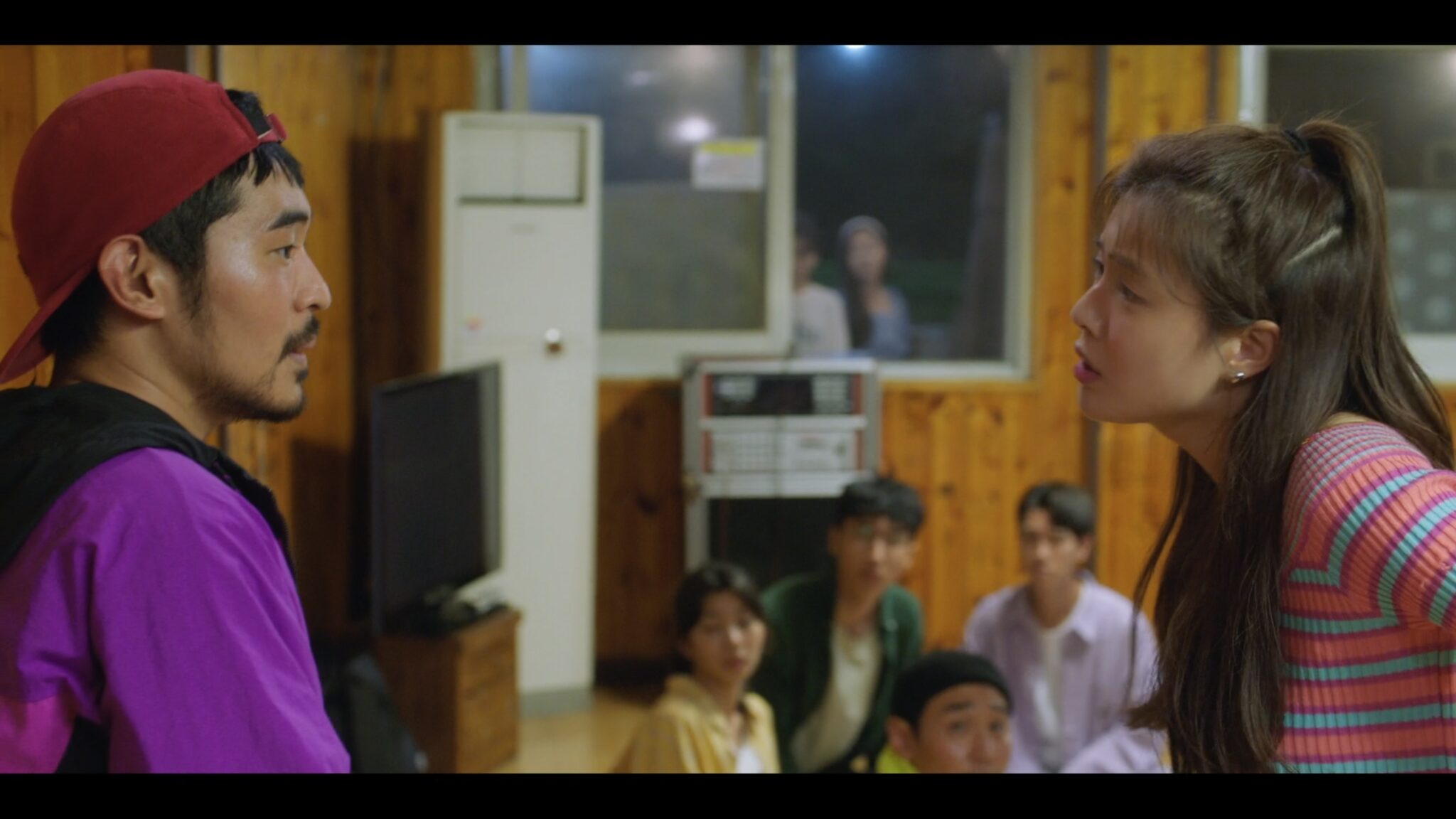 That university party is also where we meet So-hee and Ji-goo in their younger days, and their first encounter with alcohol. So-hee is fiesty as usual, with the liquid courage fueling her righteous fury towards the sleazy seniors.

Meanwhile, model student Ji-goo is quiet and meek, but the pressure from her mom’s helicopter parenting eventually pushes her into trying alcohol and cigarettes for the first time. It’s a welcome relief for the stifled Ji-goo, who’s had enough of living according to her mother’s demands. 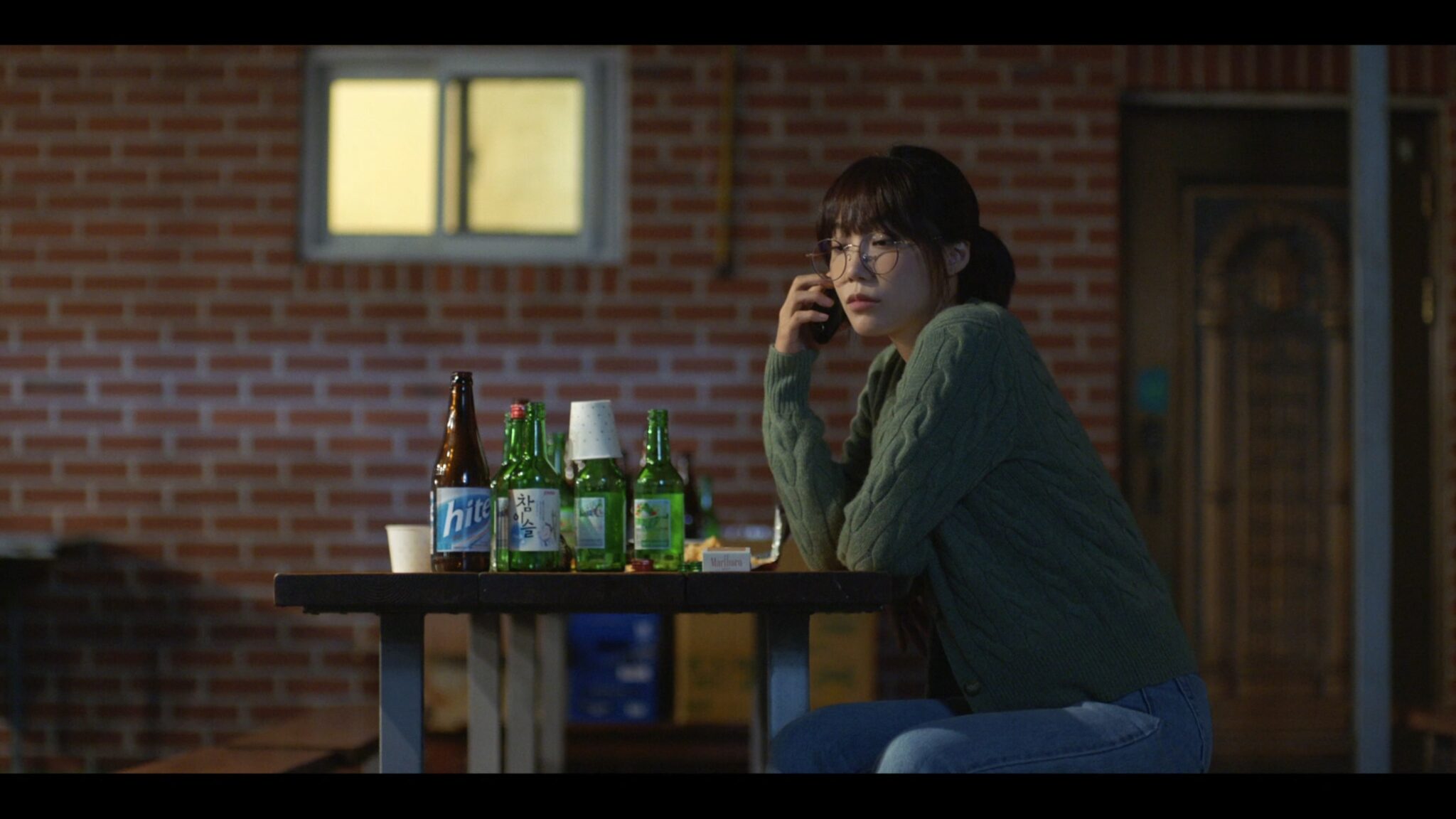 And so, the day is saved thanks to Ji-yeon’s mom. At the end of the day, our trio enjoy a prized bottle of rare soju from Mom’s collection — yet again, alcohol has come to the rescue (just a bit more literally this time).

This week’s episodes were a little mellower, and I have to give the drama credit for easing so seamlessly into a more contemplative tone. Work Later, Drink Now may be known for its laugh-out-loud antics, but this week exemplifies why it worked its way into the hearts of so many viewers. It’s sincere and heartfelt, allowing us to empathize with our main characters in a way that’s deeply relatable. And now I wanna go give my mom a big, warm hug! 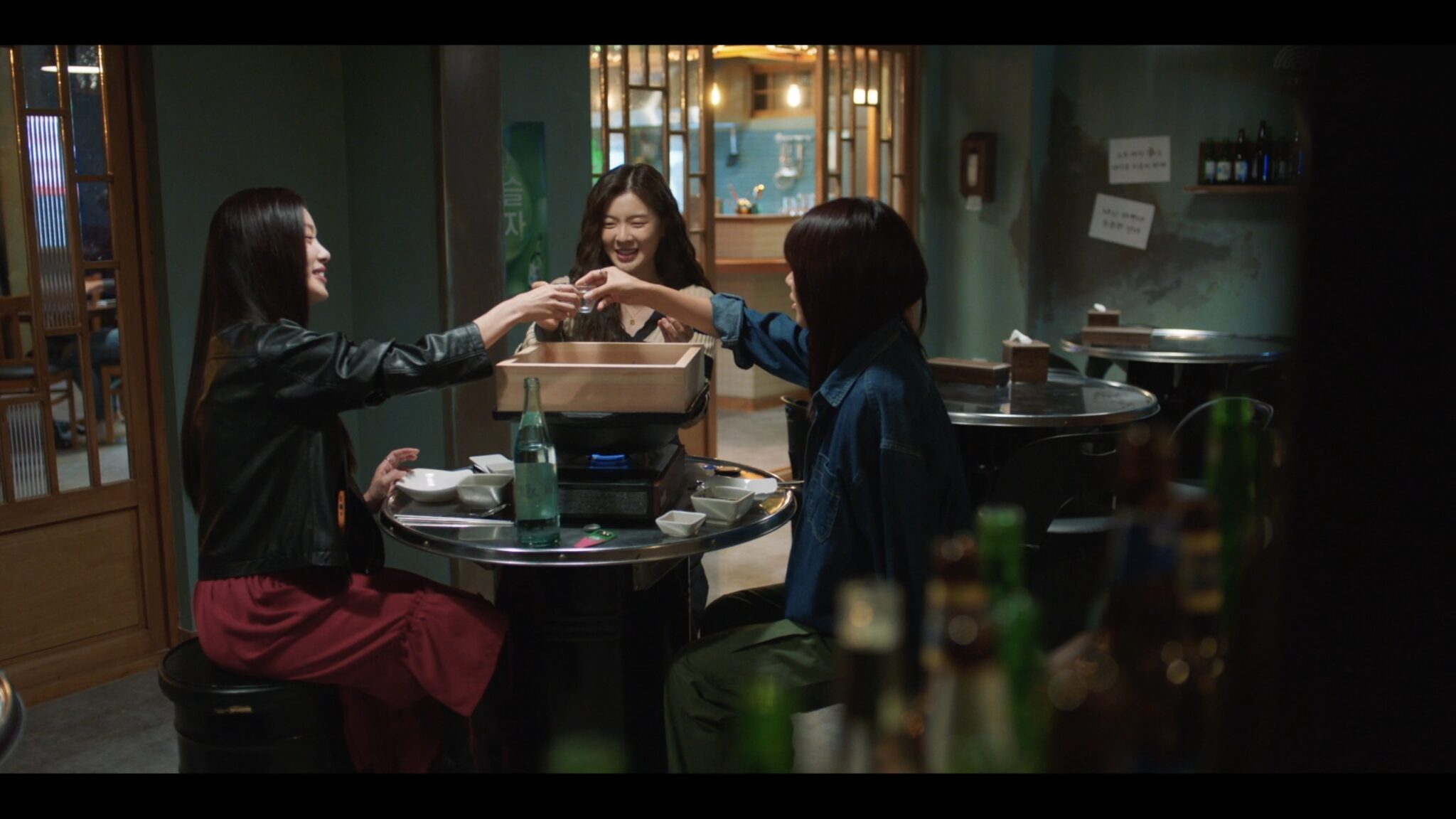