Season 1 of Work Later, Drink Now ended on a bit of a cliff hanger, but instead of picking up the story from there, this new season starts off with a different thread. While the first two episodes have plenty of familiar faces popping up for old fans, this pilot week serves more as an introduction to our main protagonists for new watchers who are unfamiliar with their friendship.

The show starts off one year in the future, and our foul-mouthed, unhinged, alcoholic trio has disappeared. Lost without his main writer, PD KANG BUK-GOO (Choi Siwon) scours every corner of Korea to find them. He follows the scarce breadcrumbs they have left behind and eventually arrives at a secluded mountainside. Our heroines are surprised to find Buk-goo intruding on their retreat, and the show rewinds back a year to explain how they got here. 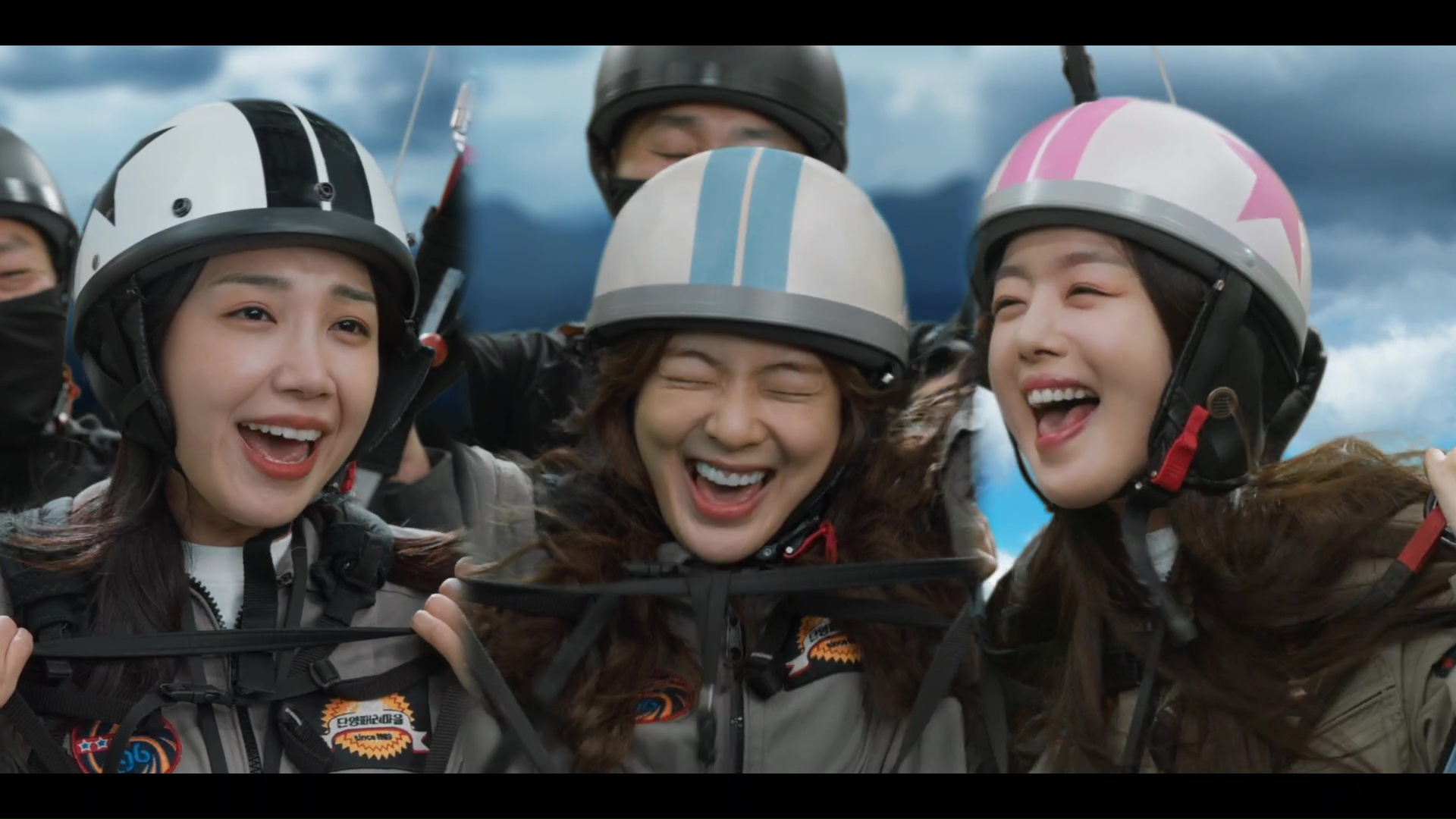 A day before starting her chemotherapy, HAN JI-YEON (Han Sun-hwa) runs away from home to enjoy an unplanned excursion. She does yoga in the ocean, finds rare flowers in the mountain, and drinks makgeolli (a.k.a. rice wine) all night long.

Her best friends AHN SO-HEE (Lee Sun-bin) and KANG JI-GOO (Jung Eun-ji) worry about her sudden disappearance and use her social media posts to track her. Once caught, Ji-yeon rattles on about wanting to live her life one last time before chemotherapy strips her of everything, but to her surprise, her friends scold her for thinking too small. They suggest spending a whole week doing what she wants, and thus, the trio goes partying, drinking, and paragliding to Ji-yeon’s content

After a rambunctious week of fun, the three friends return to the hospital expecting to be admonished for their reckless behavior, but the doctor stares at them in shock. The tumor in Ji-yeon’s breast has shrunk, and it is nothing short of a miracle. Hearing the news, the friends decide to take an alternative approach to cure Ji-yeon and head off to the unknown. 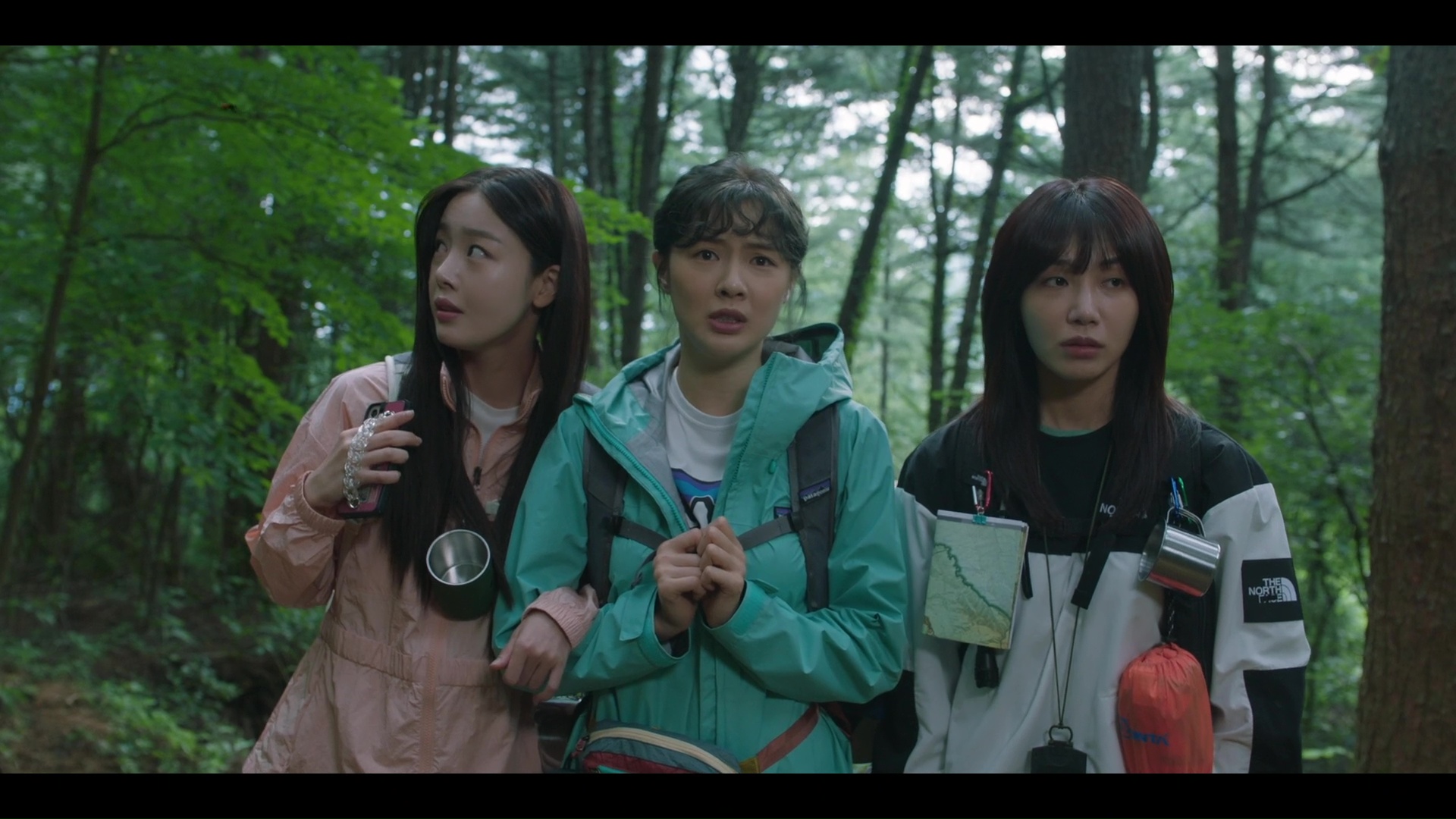 With the combined efforts of their oddball skills and some “training” at the arcade, the three of them find a perfect spot in the woods to build their new home. Though their task seemed impossible at first, they manage to succeed by leaning on each other for support, and eventually, life in the wild becomes manageable.

Unfortunately, Ji-yeon’s tumor has not shrunk since the last time, and doubt starts to creep into So-hee and Ji-goo’s mind. They wonder if they made the right choice, but unlike the others, Ji-yeon remains bubbly and optimistic. She puts all her trust in her friends, so they continue living off the grid and experiencing a plethora of incidences: a ghost, a hog, and Buk-goo’s intrusion.

The biggest challenge for them is winter, and the friends are at a loss when Ji-yeon catches a cold. Ji-goo tackles the ghost problem in hopes to cure her friend, and So-hee looks for herbs in the snow. While searching a cave, So-hee runs into a horribly CGI’d hog who actually helps her find wild ginseng, and after feeding it to Ji-yeon, she gets better the very next day. 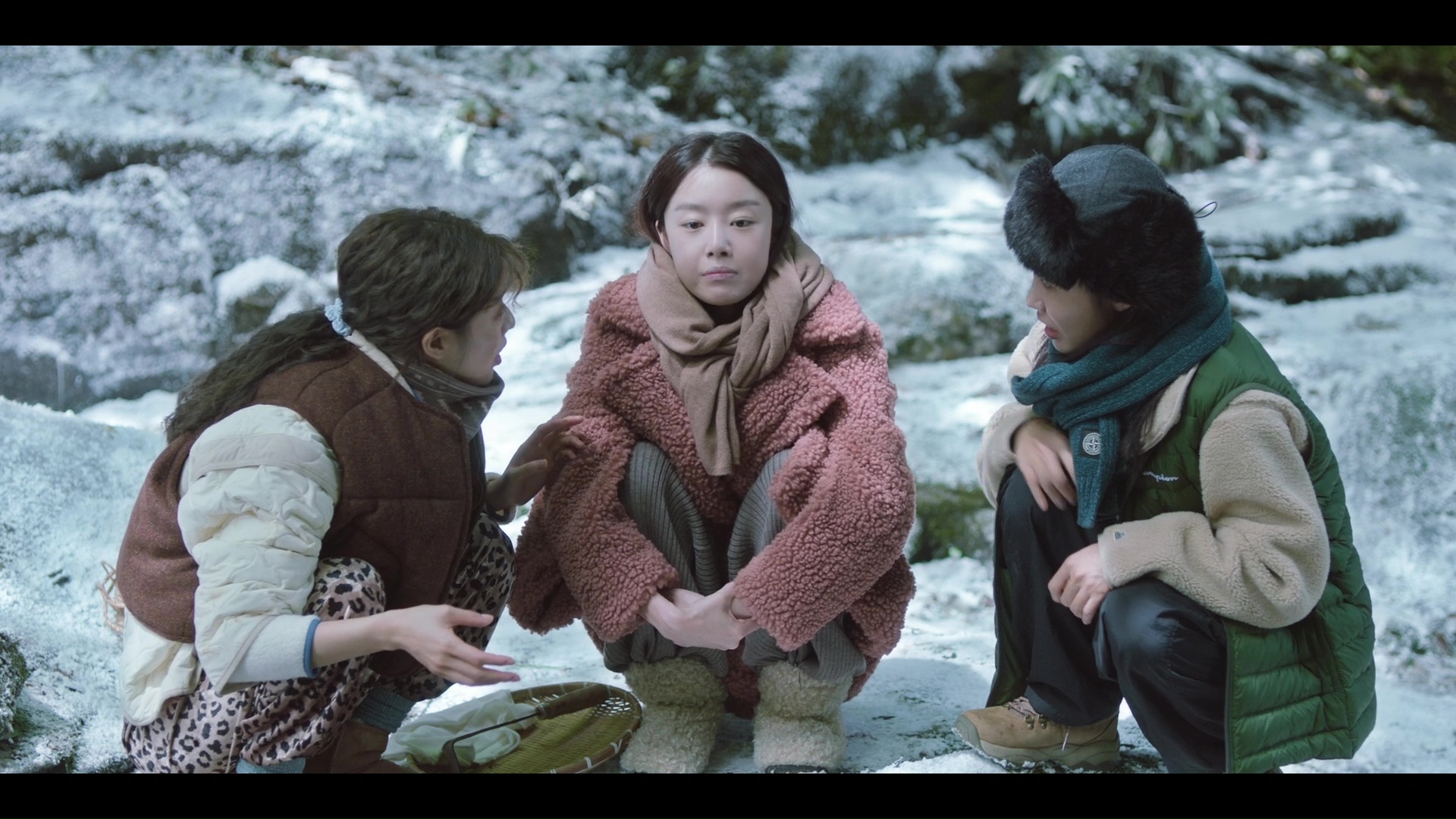 Surviving the harsh winter, they return to the hospital, and this time, the doctor gives them good news. As time passes, the prognosis is positive, and eventually, Ji-yeon only has to come back in a year. The friends celebrate as they leave the hospital, and after twenty-six months, the trio returns to their old hangout. They share their first drink in years, and laughing through her tears, Ji-yeon thanks her friends.

In the epilogue, Buk-goo asks the three friends individually when living in the woods was the hardest. So-hee says that the beginning was the toughest, Ji-goo tells him that nothing was difficult since her friend was sick, and Ji-yeon spaces out as if contemplating something important but then asks him what the question was again. Heh.

The sparkle that made Season 1 so memorable is clearly present here, and though the plot was a bit wacky — even for the show’s standards — I have high hopes going forward. The biggest draw has always been its main cast, and the creators made it clear with these two episodes that their friendship will continue being the heart and soul of this story. Thankfully, everyone seems to have returned for the second season, and our trio is as awesome as ever. 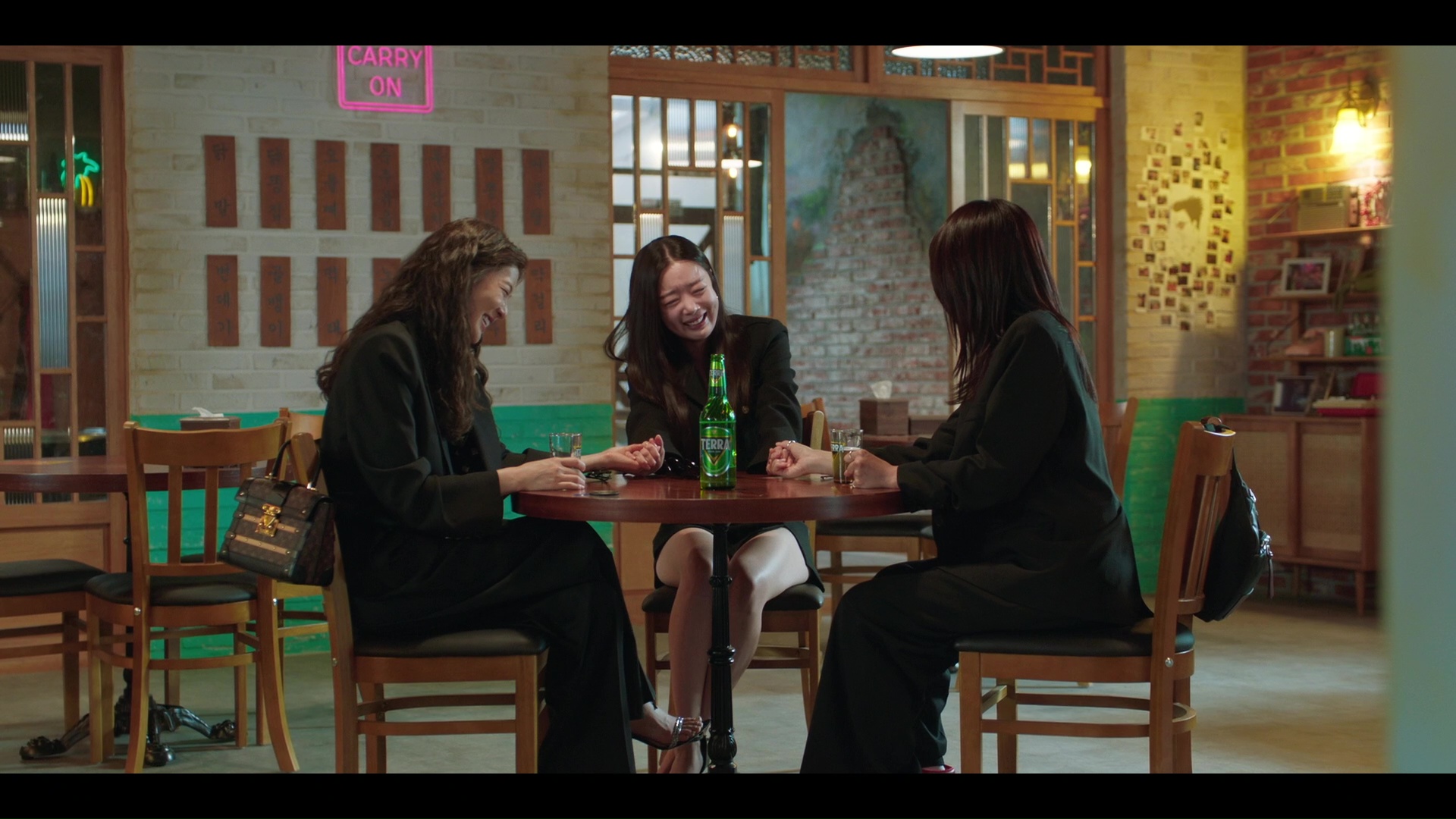 While I do think the show used these first two episodes to ease its audience back in and draw in new viewers, I definitely recommend watching the first season before tackling the second. The first season develops the characters’ backstories and explains how they became friends and ended up where they are now. Though this information is not strictly needed to understand the plot, the appeal of Work Later, Drink Now has always been its characters and the depiction of their friendship. On a similar note, I also wouldn’t rush to judge the second season from this week alone. The episodes were fun, but they felt more like a bridge to fill the gap between the two seasons rather than a start to a new one. I would give it another week for anyone on the fence about the series, and hopefully, the new director won’t disappoint.

Compared to Season 1, these two episodes blurred the line between fantasy and reality a bit more, which could be jarring for some people. Personally, the terrible CGI and random story beats were a bit off-putting, but the overall charm of the show managed to cover its faults. Not many dramas focus on friendships, and even fewer depict female ones. While it would have been easier for the series to fall back on familiar tropes and love lines, it refuses to do so and unabashedly portrays our trio’s relationship — warts and all. Their imperfections make them endearing, and despite some of the miraculous outcomes, at its core the show is a realistic story about trust and love. There’s also a bit of racy humor thrown into the mix and a huge helping of alcohol which might not be for everyone, but it’s truly a wonderful show that deserves all the praise it received. Fingers crossed that Season 2 continues to uphold that greatness until the end. 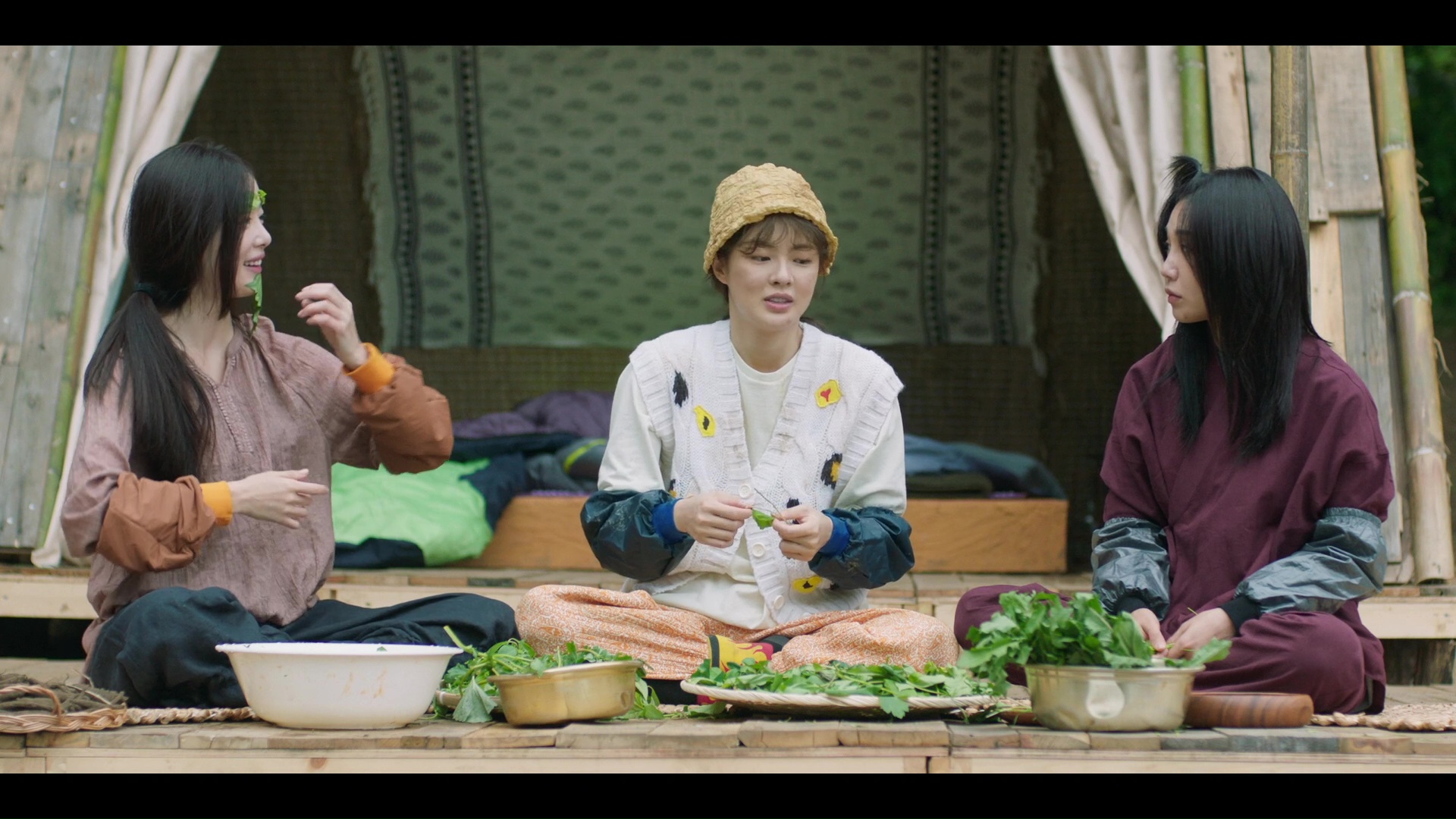