Our girls are back in the bustling Seoul metropolis, which means moving back into their shared apartment and returning to the workforce. However, their time away has left them out of touch with the real world — for example, broadcast writer So-hee is about three seasons behind on the latest entertainment trends.

The first day back at work proves difficult for all three of them. So-hee’s team meetings are so awkward you could cut the tension with a bread knife — the junior writers are floundering without So-hee’s guidance, while So-hee struggles with the growing paranoia that her writers are gossiping behind her back. 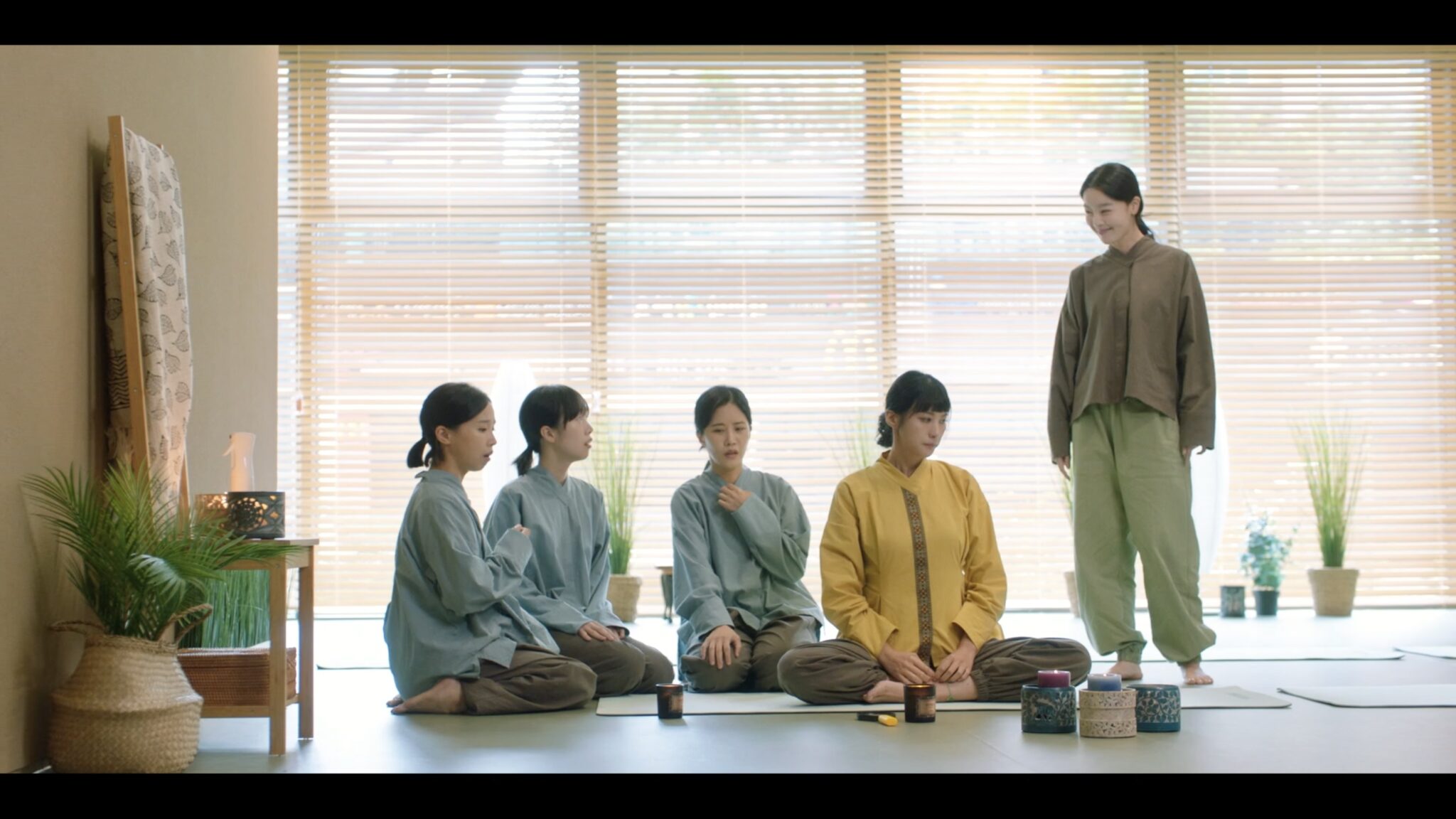 Meanwhile, Ji-yeon’s found a new job at a yoga center, citing her experience training in the mountains. All seems well, until it quickly becomes clear that she’s the exact opposite of what the center espouses — she’s loud, easily excitable, and uses a liberal dose of English. Whoops.

INSTRUCTOR KIM (Yoo In-young) isn’t quite sure what to make of our rambunctious Ji-yeon, and it’s clear her patience is wearing thin with every pointed reminder she has to dole out. That’s only made worse when Ji-yeon complains about a foul smell during a meditation session — and accidentally discovers that Instructor Kim has unknowingly been using moldy air freshener and counterfeit scented candles. Plus one point for Ji-yeon, minus one point for Instructor Kim’s dignity? 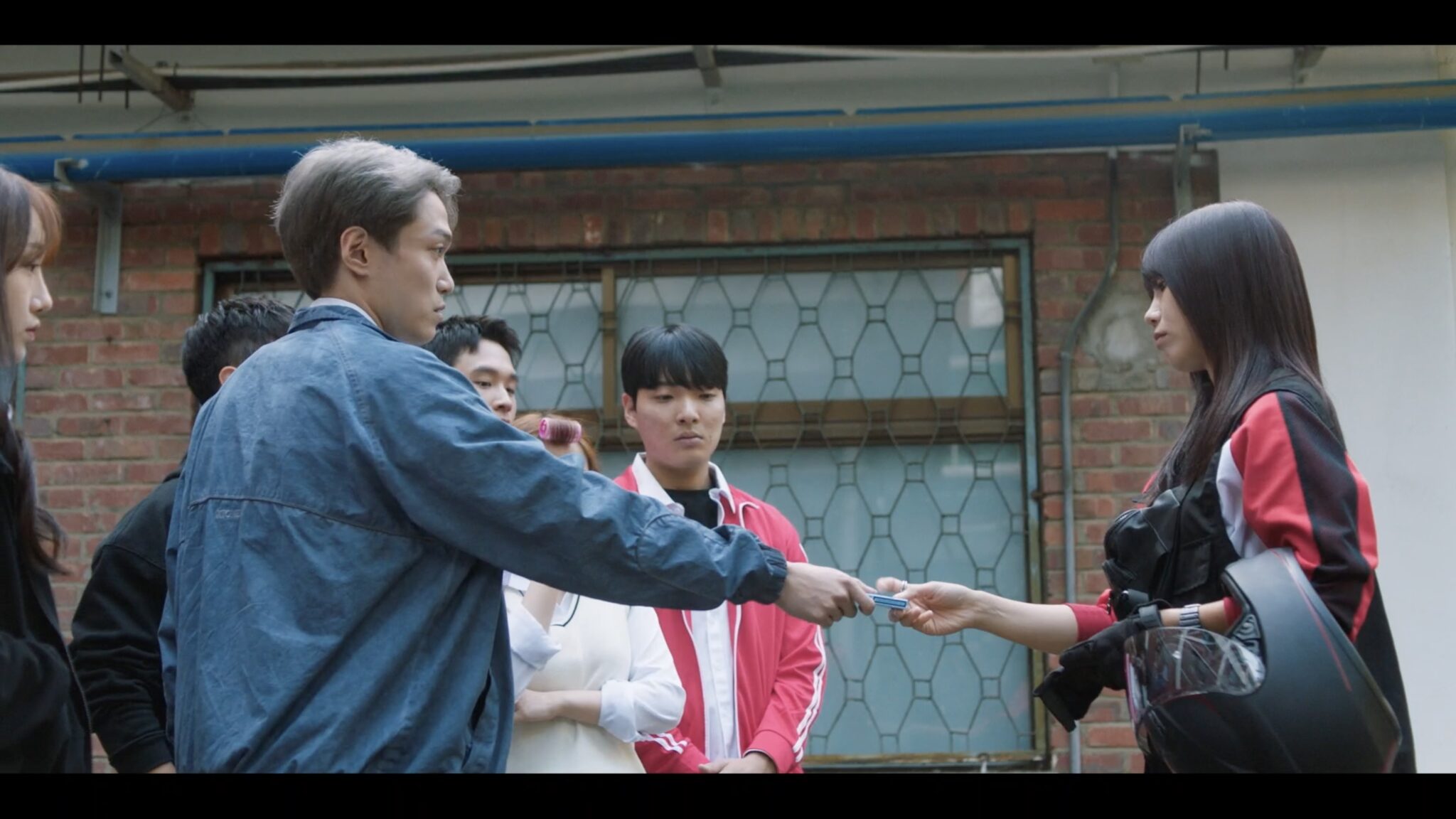 Last but not least, Ji-goo has taken up the mantle of the household’s breadwinner, which means starting a delivery job. She’s just about the fastest and most efficient biker chick ever, but unfortunately being cool doesn’t pay the bills. Despite all her punctual deliveries, she still runs into a nasty customer — three times, no less — that effectively sours her day.

Ji-goo also winds up in a confrontation with a customer who requested that she help buy cigarettes, which turns out to be some high school punks who try to pay for their fried chicken solely through coupons. In three seconds flat, Ji-goo intimidates them all, but all she does is bum a cigarette off them. As she walks away, we see that the encounter stirred up memories of her time as a teacher — but she doesn’t get to reminisce for long before it’s time for the next delivery. 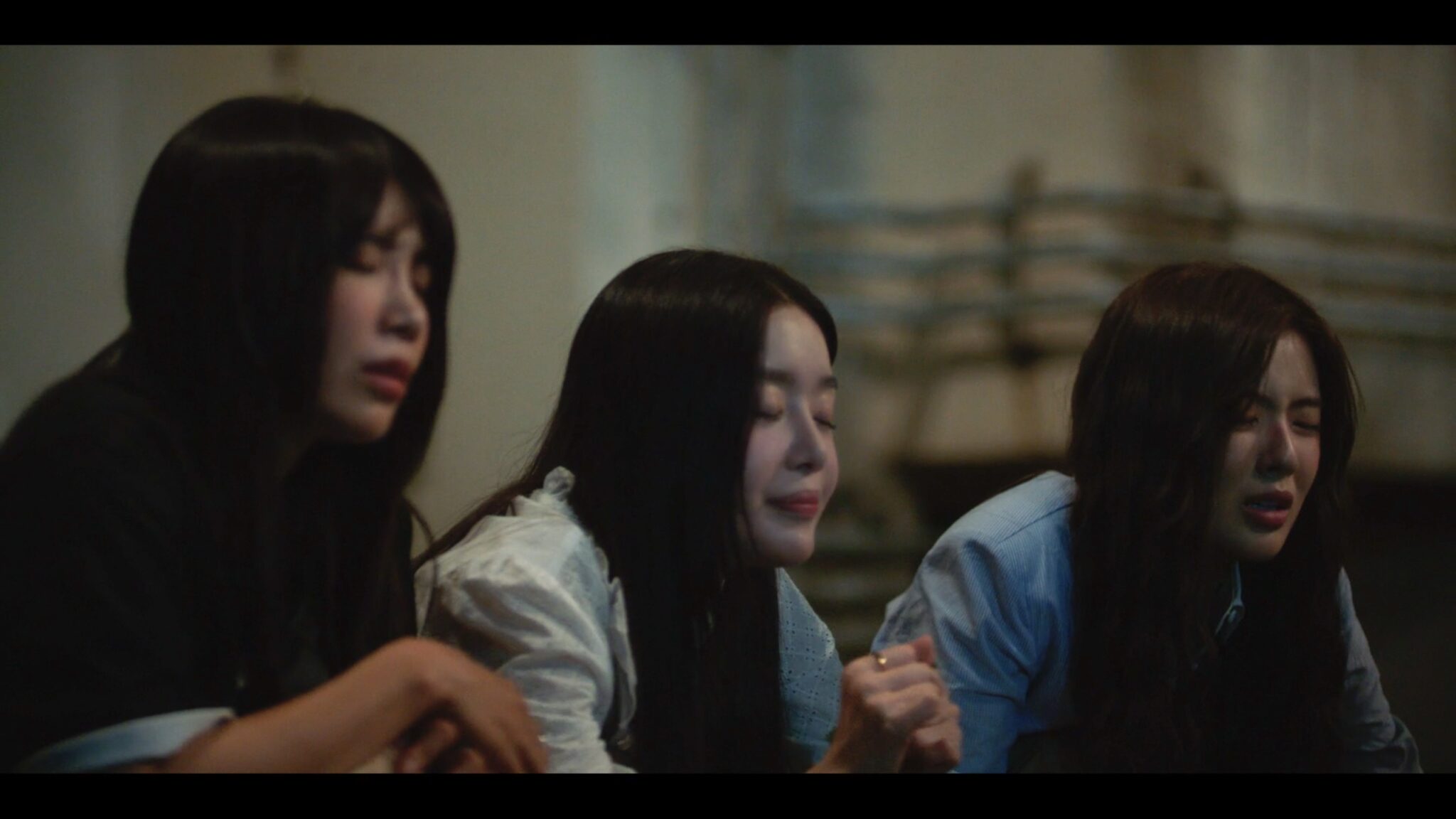 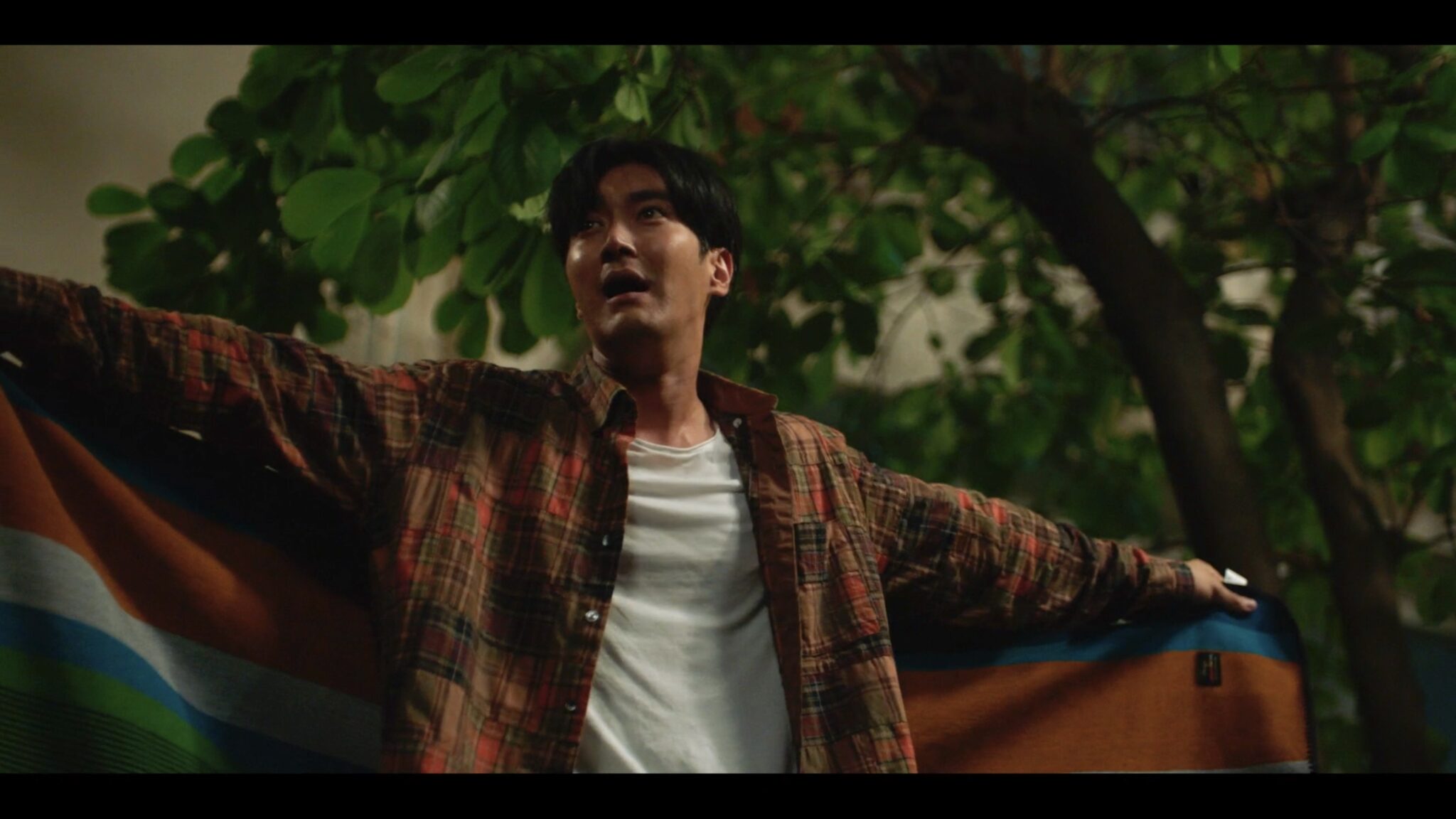 That night, our trio commiserate about their hard day. Their gathering starts with an innocuous dinner, but before long they’re going for a second round to drink away their frustration. Except their livers have been on hiatus for so long that they get completely wasted… after just two bottles of soju. HAHAHA.

Buk-goo ends up having to drive them all back home, which leads to an almost-romantic moment with So-hee. That is, until the girls all mumble one by one that they need to pee. LOL. Unfortunately for Buk-goo, all three girls are used to the mountain way of life, which means he ends up having to hold a blanket out and whistle increasingly desperately as they do their business right in the front yard. 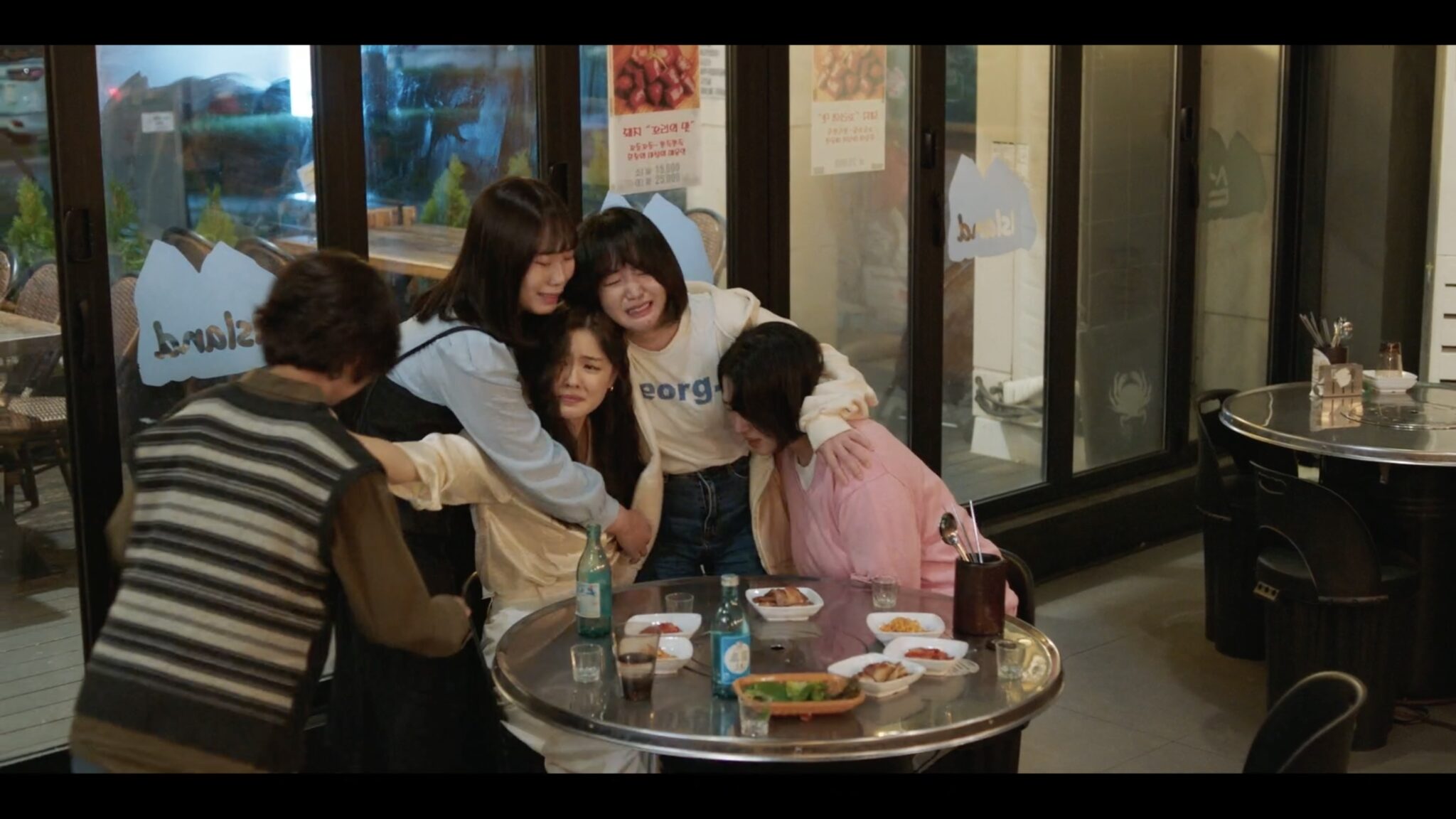 The next day, So-hee is so embarrassed she’d much rather crawl into a hole and stay there, but duty demands that she show up to work. Thankfully, Buk-goo is tactful and considerate — and he’s very much So-hee’s staunch supporter.

Not only does he defend her from a creepy perverted ex, but he also keeps watch from the sidelines as she navigates the new dynamic of her team. He has faith that she’s capable enough to sort things out, and he’s right. During a team dinner, the writers all pour their hearts out to one another, and the gathering ends with So-hee and her writers hugging in solidarity. 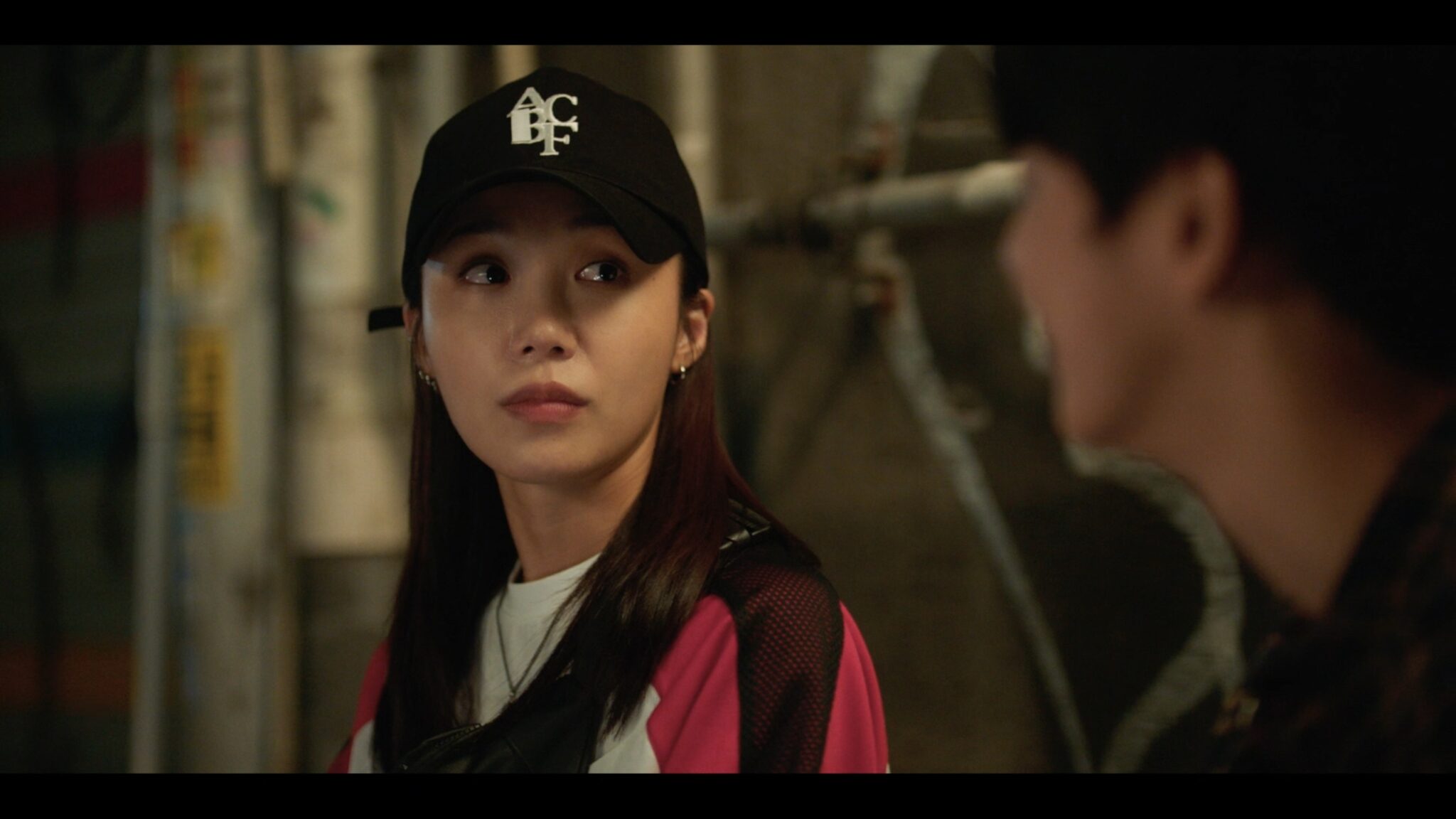 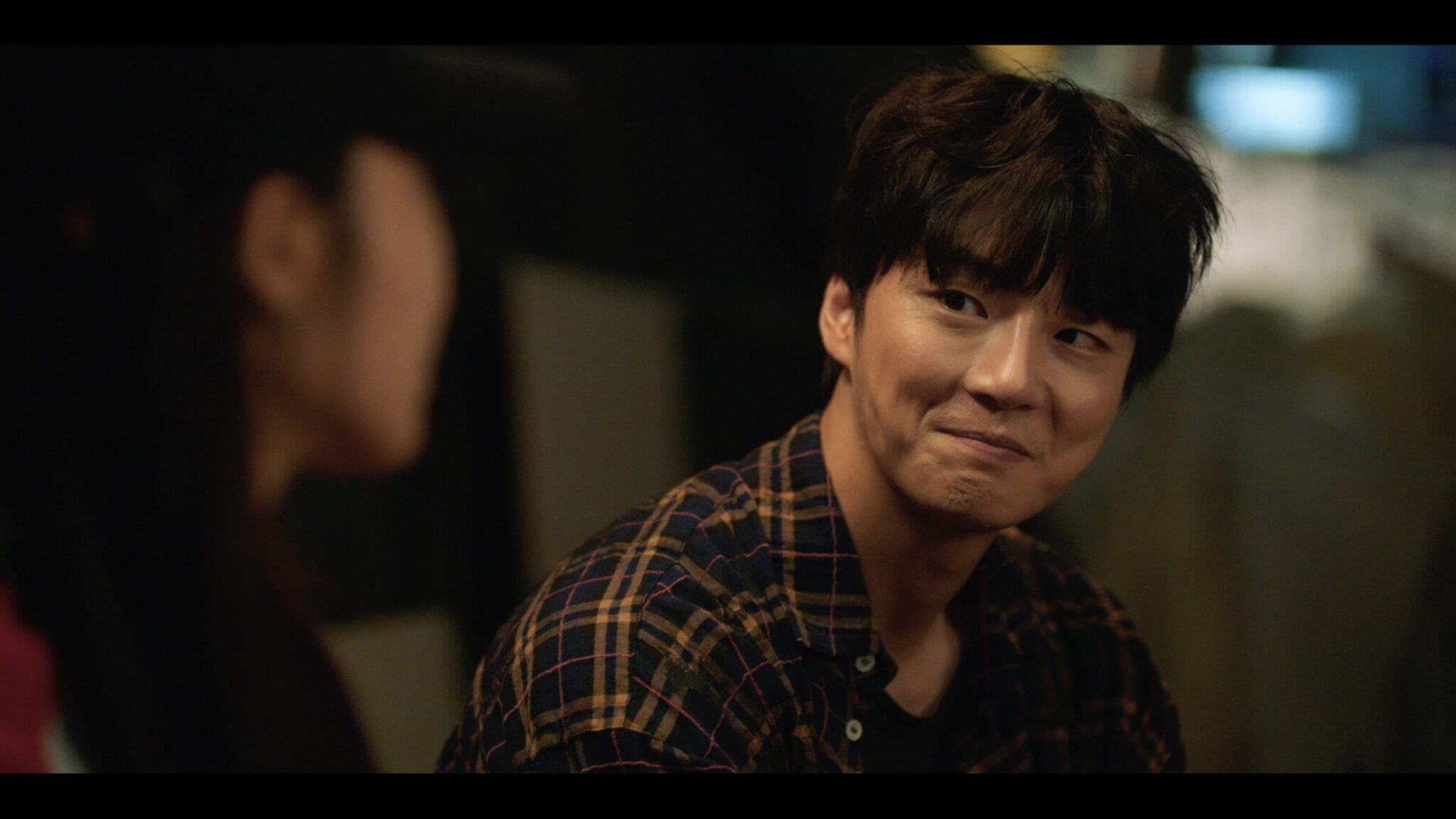 To my delight, our other Season 1 love line is back, too — hello there, origami YouTuber Yoon Shi-yoon! (Dear drama, can we please get a name for him soon?) After a series of coincidental but ill-timed run-ins, he finally gets to strike up a conversation with Ji-goo again when she wanders into the alleyway outside his studio.

His little puppy crush on Ji-goo is clearly still alive and well, making their interactions downright adorable. Ji-goo may keep a tight lid on her emotions, but it seems she may be developing a soft spot — his earnest words bring a smile to her lips, even if it’s only after she walks away. 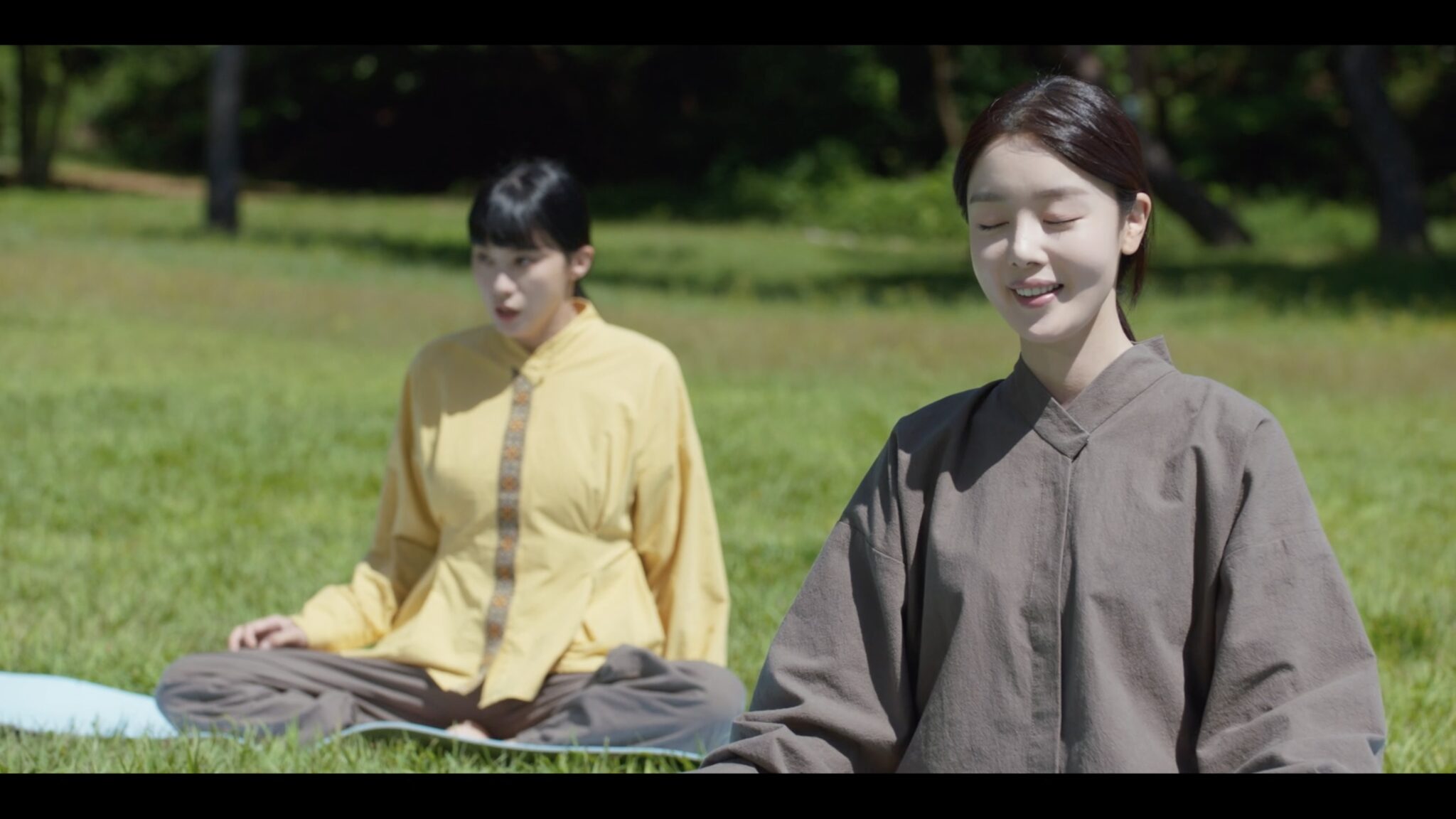 Of course, we can’t leave Ji-yeon out — there’s a new love interest for her too! That takes the form of Instructor Kim’s younger brother KIM SUN-KOOK (Joo Eo-jin), who helps film the center’s yoga videos. He’s a man of few words, which means that chatty Ji-yeon is all the more determined to get a response out of him (to Instructor Kim’s distaste).

The turning point comes during an outdoor shoot, in which a viper decides to make a cameo appearance. Even the imperturbable Instructor Kim is stricken with terror, making it utterly hilarious that Ji-yeon (with all her mountain experience) is the only one to remain serene. Ji-yeon calmly knocks the viper unconscious with a twig, while Instructor Kim hyperventilates and promptly passes out. 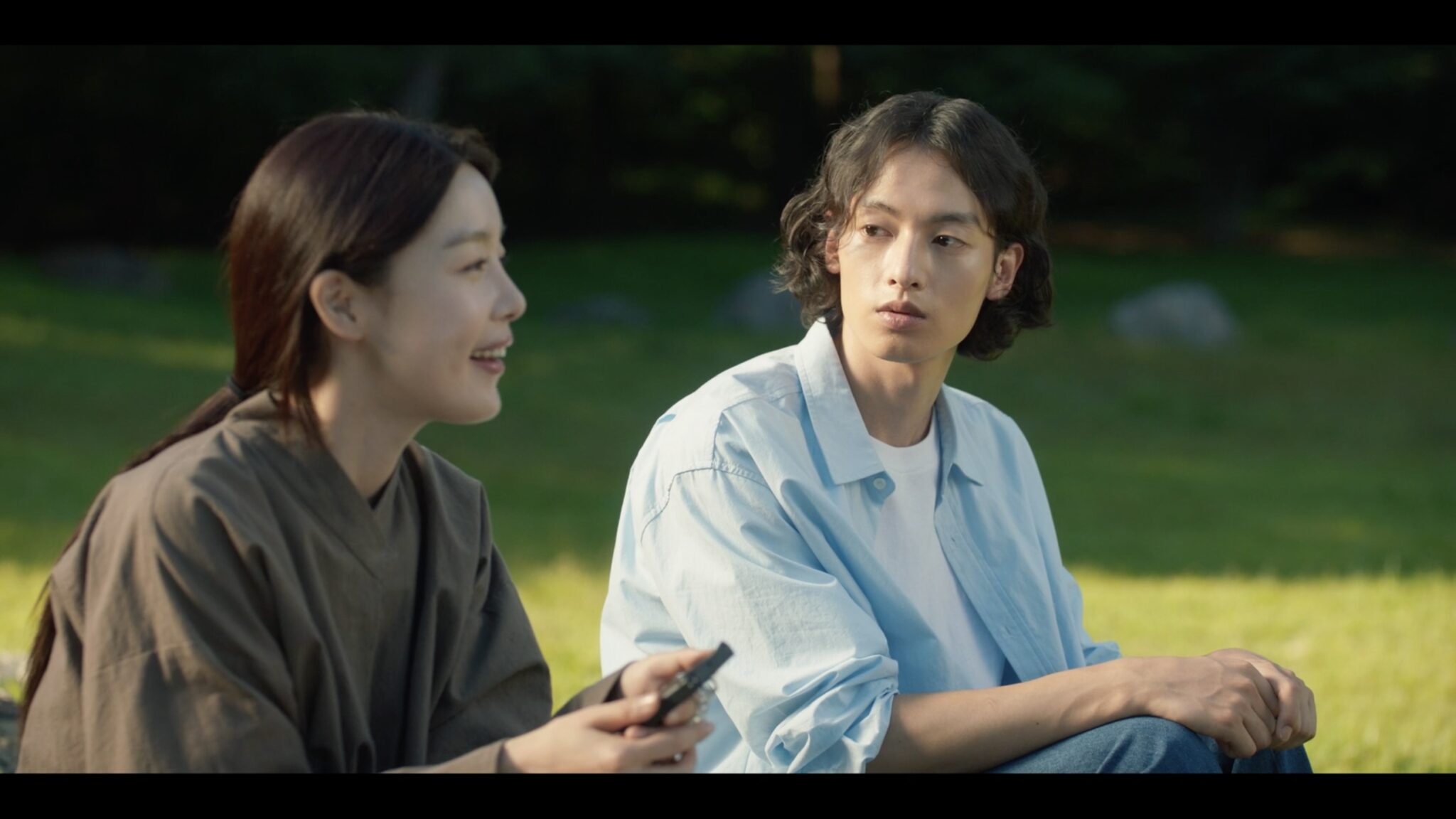 After all the chaos has calmed down, Sun-kook initiates a conversation with Ji-yeon, who’s delighted to regale him with tales of her mountain misadventures. He asks if she wasn’t scared when the viper slithered over her lap, to which she has a confession to make — she’d been trying her best to hold a fart back, which she finally let out right underneath the viper. Ha, so that’s why the viper fainted?

Ji-yeon’s vivacious honesty makes the normally reticent Sun-kook laugh, to all the instructors’ surprise. Instructor Kim isn’t going to be pleased about it, but it seems like Ji-yeon has charmed her way into Sun-kook’s heart — and honestly, who can blame him? 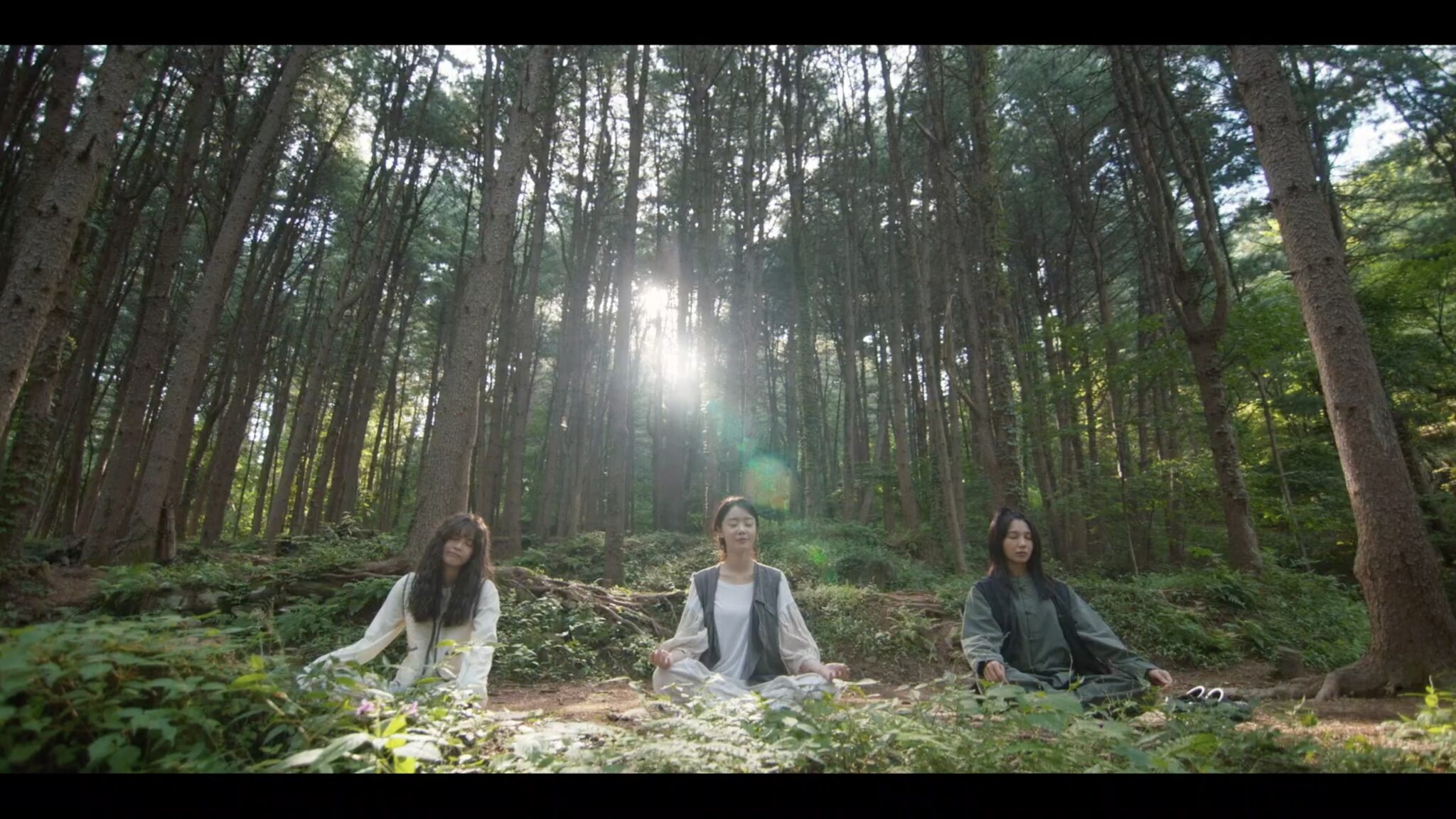 Just as the girls are slowly finding their place, Season 2 is settling into its groove, and I’m enjoying every bit of it. Past all the laugh-out-loud humor — which there’s certainly plenty of — there’s something universal in feeling like you don’t quite fit in, and trying your best to carve out a space for yourself.

Our girls are bringing us lots of hijinks, but there’s a lot of heart, too. It’s that earnest sincerity that brings joy to the people around them and keeps them going through difficult situations. I’m looking forward to seeing how their bond deepens, and how each of their squee-worthy relationships develop. 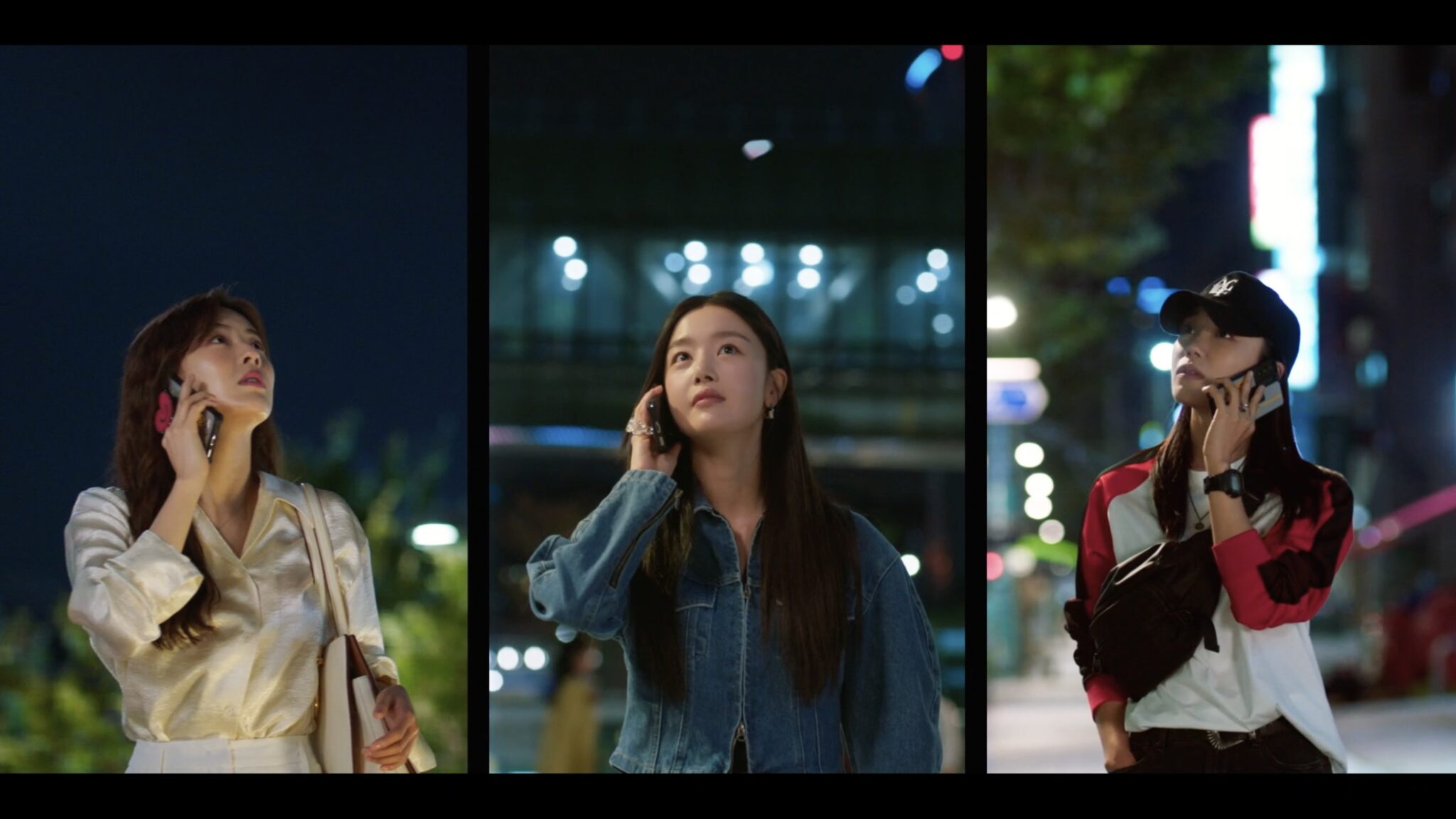