Get ready for sparks to fly in Gucheon Prison on MBC’s new drama “Big Mouth”!

“Big Mouth” is a hard-boiled noir drama starring Lee Jong Suk as Park Chang Ho, a third-rate lawyer who winds up in charge of a murder case that turns him overnight into a genius con artist known as “Big Mouse.” In order to survive and protect his family, including wife Go Mi Ho (played by Girls’ Generation’s YoonA), the “big-mouthed” lawyer must expose a huge conspiracy among the privileged upper classes.

On the previous episode of “Big Mouth,” Park Chang Ho found himself locked up in Gucheon Prison after being framed as the criminal mastermind Big Mouse. After trying—and repeatedly failing—to prove his innocence, the lawyer decided that his best option would be to end his own life.

However, things soon took an unexpected turn when Park Chang Ho’s plans didn’t go the way he’d intended. While picking fights with some of the prison’s most dangerous inmates in an attempt to lure them into killing him, Park Chang Ho inadvertently wound up taking them down instead—and in the process, he emerged as one of the prison’s most feared and powerful individuals.

In newly released stills from the drama’s upcoming episode, prison warden Park Yoon Gap (played by Jung Jae Sung) and Park Chang Ho get into a heated standoff over who is the true top dog of Gucheon Prison. In contrast to Park Chang Ho’s helpless despair from earlier, the lawyer glares fiercely at Park Yoon Gap, who seems to be challenging him with his words and gaze. 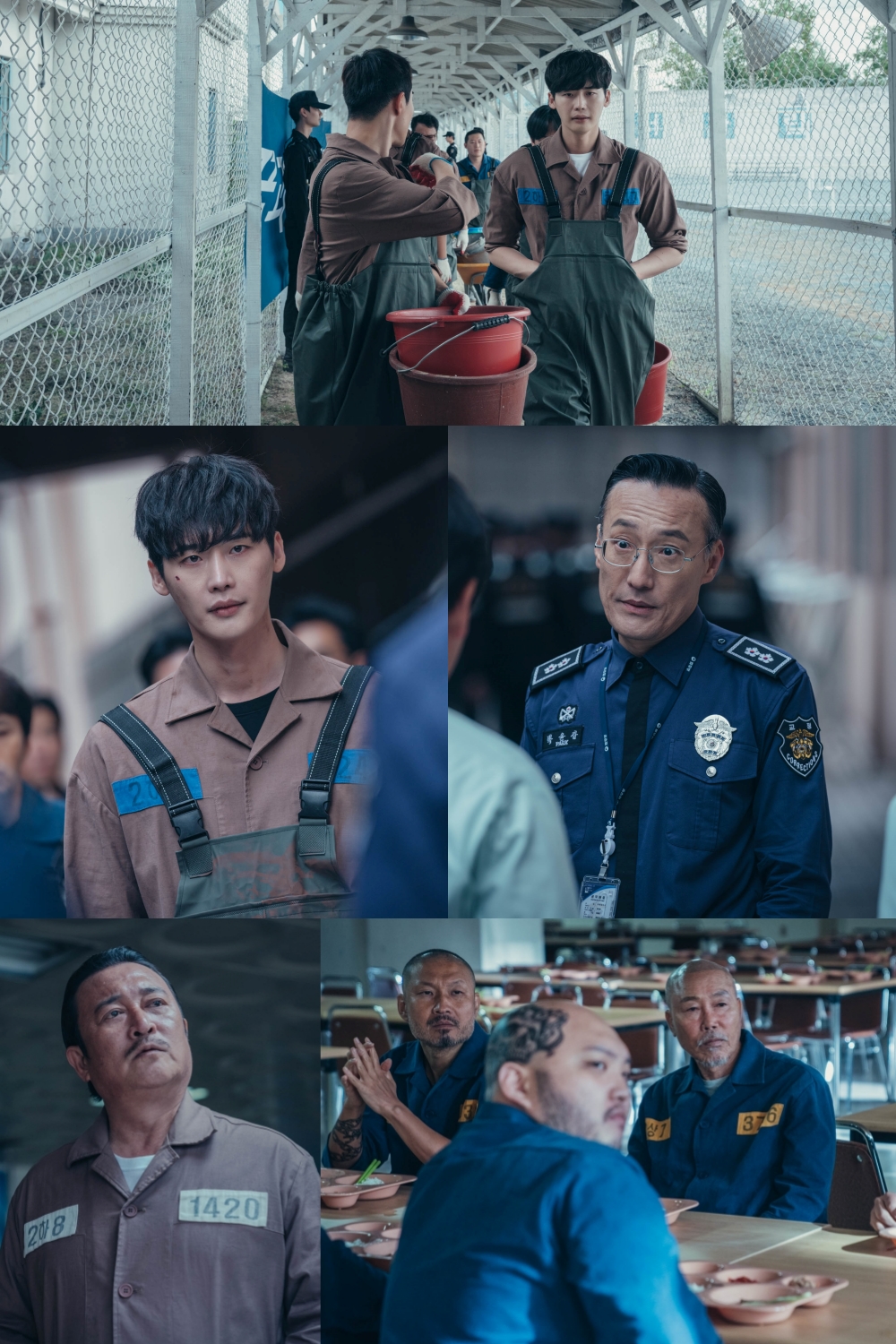 To find out why Park Chang Ho’s attitude towards the warden has grown so vicious—and what the aftermath of his escape attempt from the previous episode will be—catch the third episode of “Big Mouth” on August 5 at 9:50 p.m. KST!