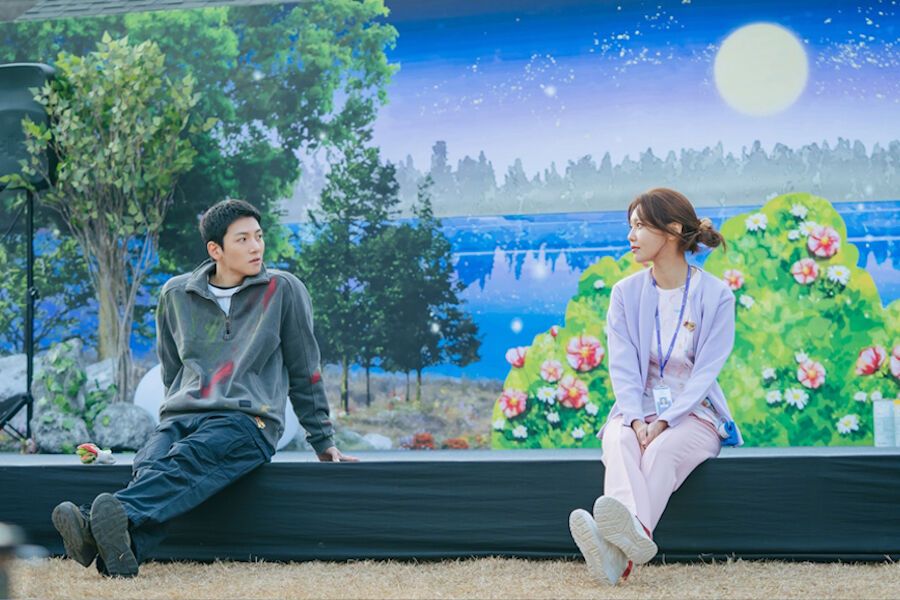 KBS2’s “If You Wish Upon Me” will captivate the small screen with heart-touching stories!

“If You Wish Upon Me” is a new drama inspired by an actual organization in the Netherlands that fulfills the wishes of terminal cancer patients. Ji Chang Wook will star as Yoon Gyeo Re, a man who has been pushed to his limits by a difficult life full of struggles. However, when Yoon Gyeo Re winds up having to volunteer at a hospice, he finds his life changing in unexpected ways while helping to make the patients’ wishes come true.

Here are three points in the drama that will captivate viewers of all generations.

From a young age, Yoon Gyeo Re (Ji Chang Wook) has been living a life that was full of misfortune and despair. He stepped into an orphanage on his own to escape from his father’s abuse, and he struggles to live day by day. One day by accident, Yoon Gyeo Re encounters Kang Tae Shik (Sung Dong Il), who is the leader of “Team Genie” at a hospice hospital, and faces a turning point in his life. It raises the anticipation of the viewers on what kind of change will be brought to his dispirited life through the people at the hospital who prioritize happiness in life.

“If You Wish Upon Me” depicts the lives of various people who come together after being pushed to the limits. It draws the attention of viewers on what kind of personal stories each member of Team Genie has including the stories of leader Kang Tae Shik, Seo Yeon Joo (Sooyoung), Yeom Soon Ja (Yang Hee Kyung), Choi Duk Ja (Gil Hae Yeon), Hwang Cha Yong (Yoo Soon Woong), and Yoo Seo Jin (Jeon Chae Eun). In order to make the patients’ last wishes come true, the members will join hands and become courageous and hopeful helpers who deliver warmth and laughter to others.

The chemistry between the incompatible Yoon Gyeo Re, who has a habit of inflicting pain on himself by getting tattoos, and Seo Yeon Joo, who is obsessed with health and exercise, will add vitality to the drama. Seo Yeon Joo is wary of Yoon Gyeo Re, who appears in an impertinent manner from the first day of community service. The two who seem to have nothing in common will be busy fighting every time they meet each other. However, the longer Seo Yeon Joo spends with him, the more she realizes that Yoon Gyeo Re is a person who has been weakened by the hardships of life, and she starts to feel subtle emotions for him. It further raises the anticipation of the viewers on how their relationship, which will start off by being like water and oil, will change.