“Today’s Webtoon” is a Korean remake of the popular 2016 Japanese series “Sleepeeer Hit!” and is set against the backdrop of South Korea’s competitive webtoon industry. Kim Sejeong stars as On Ma Eum, a former judo athlete who joins a webtoon editorial department as a new employee and struggles to mature into a true editor.

In the upcoming episode, On Ma Eum will be in charge of taking care of a webtoon writer’s schedule for the first time. The preview for episode 3 showed On Ma Eum screaming with joy after being tasked with managing the deadline schedule for writer Na Kang Nam (Im Chul Soo) who is the author of her favorite webtoon “Nine-Tailed Fox Princess.” However, Na Kang Nam is notorious for stopping his work from time to time due to his influencer girlfriend Ji Han Seul (Jin Ye Sol).

The newly released stills depict On Ma Eum tackling the problem in a straightforward manner once again by facing Na Kang Nam directly. 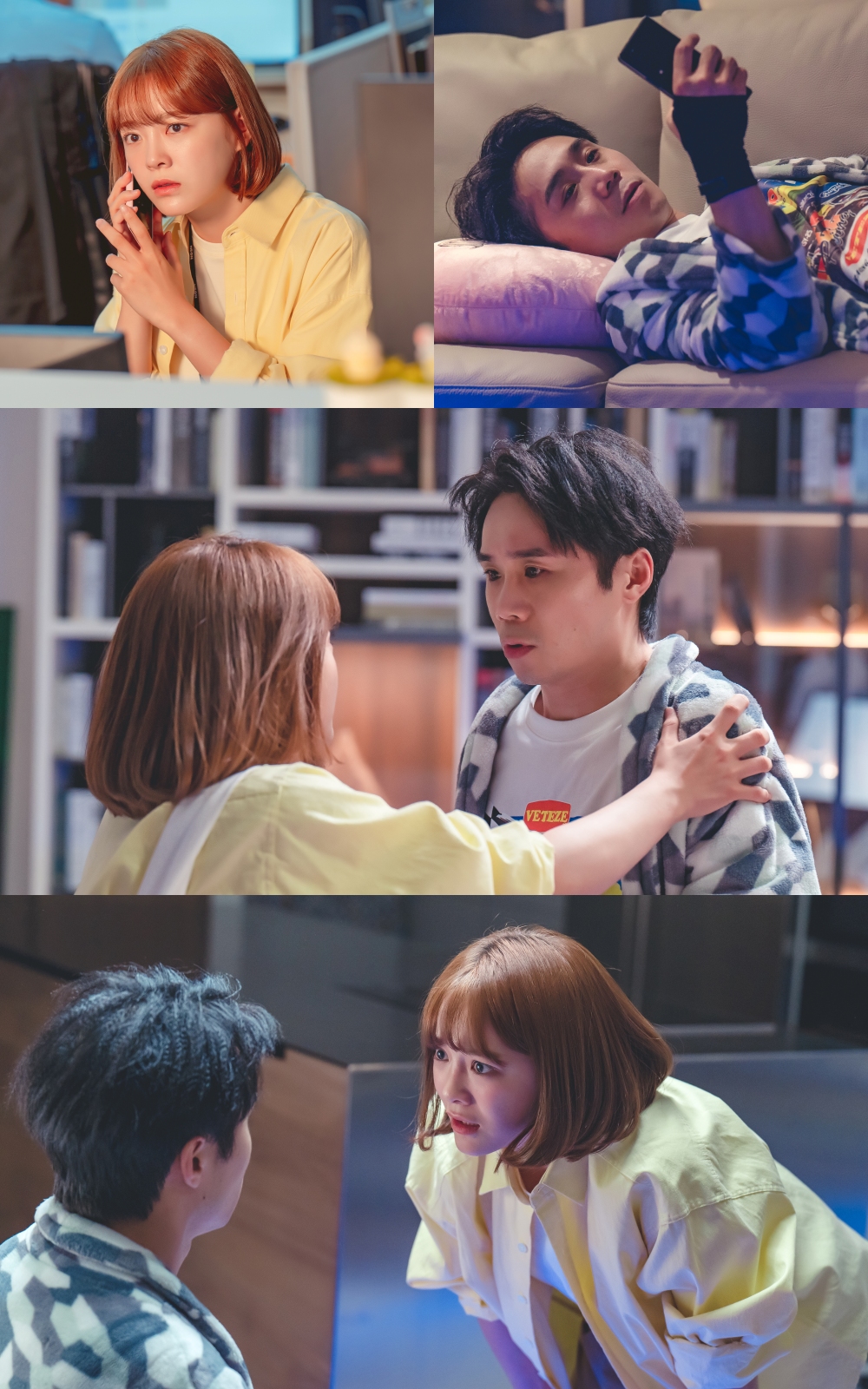 The production team of “Today’s Webtoon” shared, “Ma Eum, who works busily and more enthusiastically than anyone else with great affection for webtoons, will officially begin her work as an editor. However, as Seok Ji Hyung (Choi Daniel) warned, not all authors dutifully send their manuscripts for 30 years without skipping or being late like Baek Eo Jin (Kim Kap Soo). As soon as Ma Eum is tasked with being in charge of an author, the process of her struggling to meet the deadline will be depicted dynamically. Please anticipate it.”