The official poster for “Run Into You” is finally here!

“Run Into You” tells the mysterious story that unfolds when Yoon Hae Joon (Kim Dong Wook), who is traveling to the past to find the truth behind a series of murders, meets Baek Yoon Young (Jin Ki Joo) who is traveling through time to prevent her parents’ wedding. In the midst of their strange and beautiful journey through time, the two get stuck in the year 1987.

In the newly released poster, Yoon Hae Joon and Baek Yoon Young stand together in a dark alley. The entire scene is lit up red by retro-style neon signs and behind them is an old car that symbolizes the start of their travels together. Their outfits show off a style that isn’t exactly modern but isn’t quite old-school either, ramping up excitement for their journey through time.

The two stare at the camera as though persuading viewers to come along and join them, and it doesn’t seem like too bad of an idea if one wishes to get to the bottom of all these mysteries and questions. Finally, while it may seem trivial, could there possibly be a meaning behind the numbers 0508 on the license plate peeking out between them? 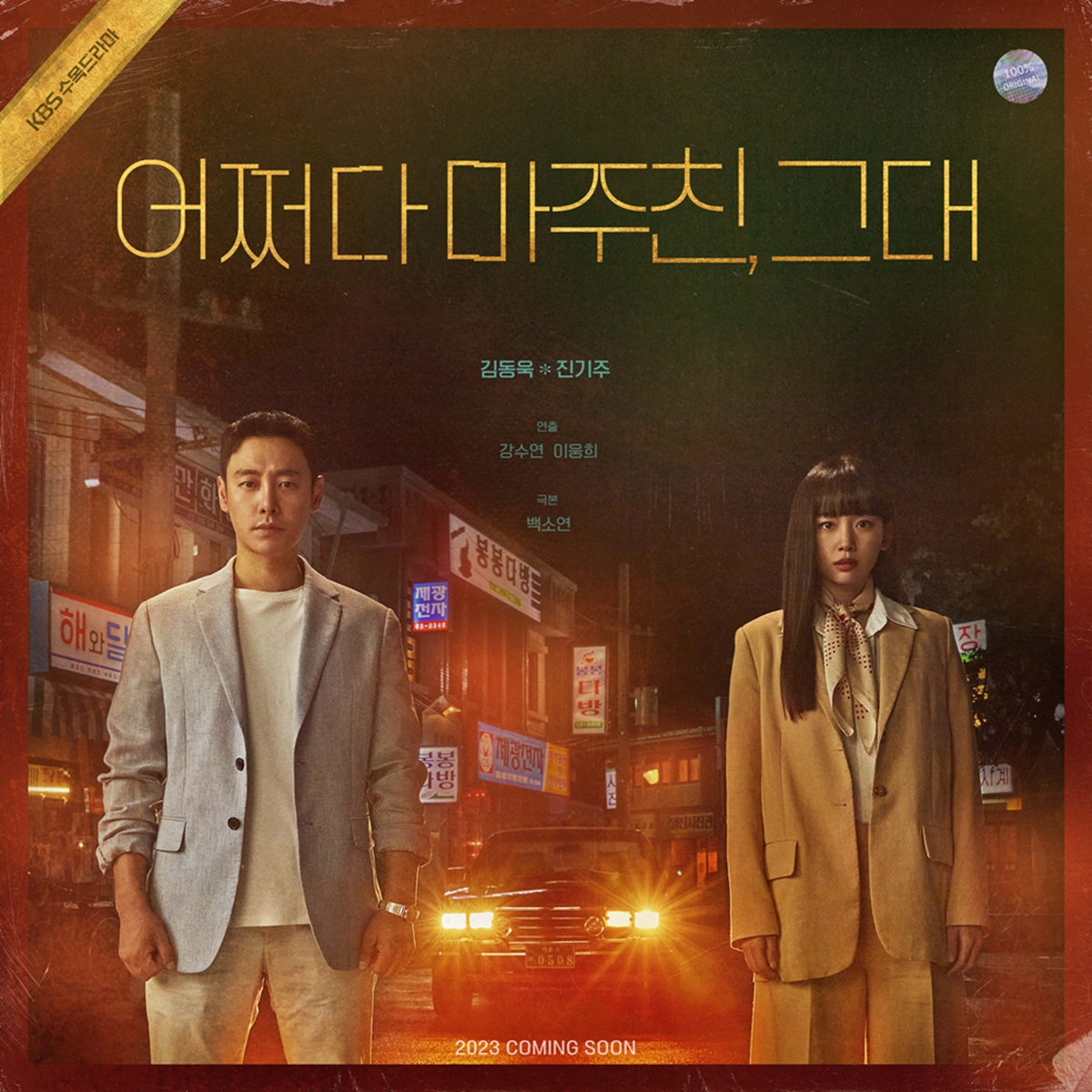