Based on a popular webtoon, “Work Later, Drink Now” tells the story of three women whose life philosophies revolve around having a drink after getting off of work. Jung Eun Ji plays Kang Ji Goo, a YouTuber and one third of a close-knit group of friends that also includes television writer Ahn So Hee (Lee Sun Bin) and yoga instructor Han Ji Yeon (Han Sun Hwa).

The upcoming second season of the drama will see Kang Ji Goo showing a more mature side of herself. Previously, Kang Ji Goo suffered from immense guilt over the death of one of her students that she believed she could have prevented, and she also felt a sense of doubt and emptiness over having gone along a path chosen more by her mother than herself. Aside from drinking with her two best friends, the origami videos she uploaded were her only means of communicating with the outside world. It remains to be seen what kind of changes Kang Ji Goo will experience in the new season.

Among the newly released stills, one photo shows Kang Ji Goo sporting a motorcycle helmet: a surprising sight considering that riding a motorcycle is not an activity that fits within her usual routine of drinking with friends and doing origami. While most of her face is obscured, the fierce and determined look in her eyes is clear, showing viewers just how committed she is to whatever new challenge she has taken on. 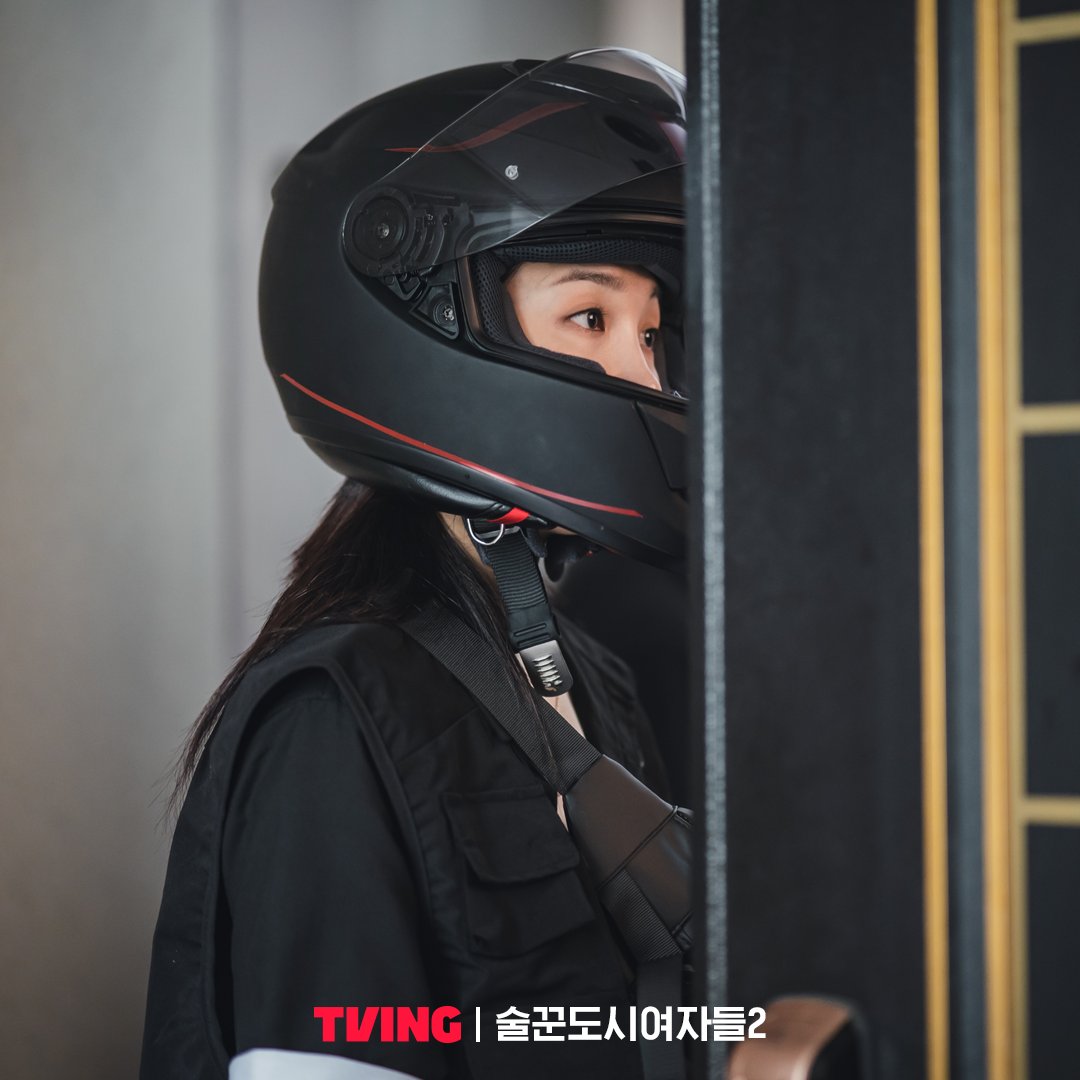 Another photo shows a scene that we are more familiar with: Kang Ji Goo sits at the table of their clique’s own little “counseling center,” a shot glass pinched between her fingers as she listens to whatever stories and rants her friends have to share. 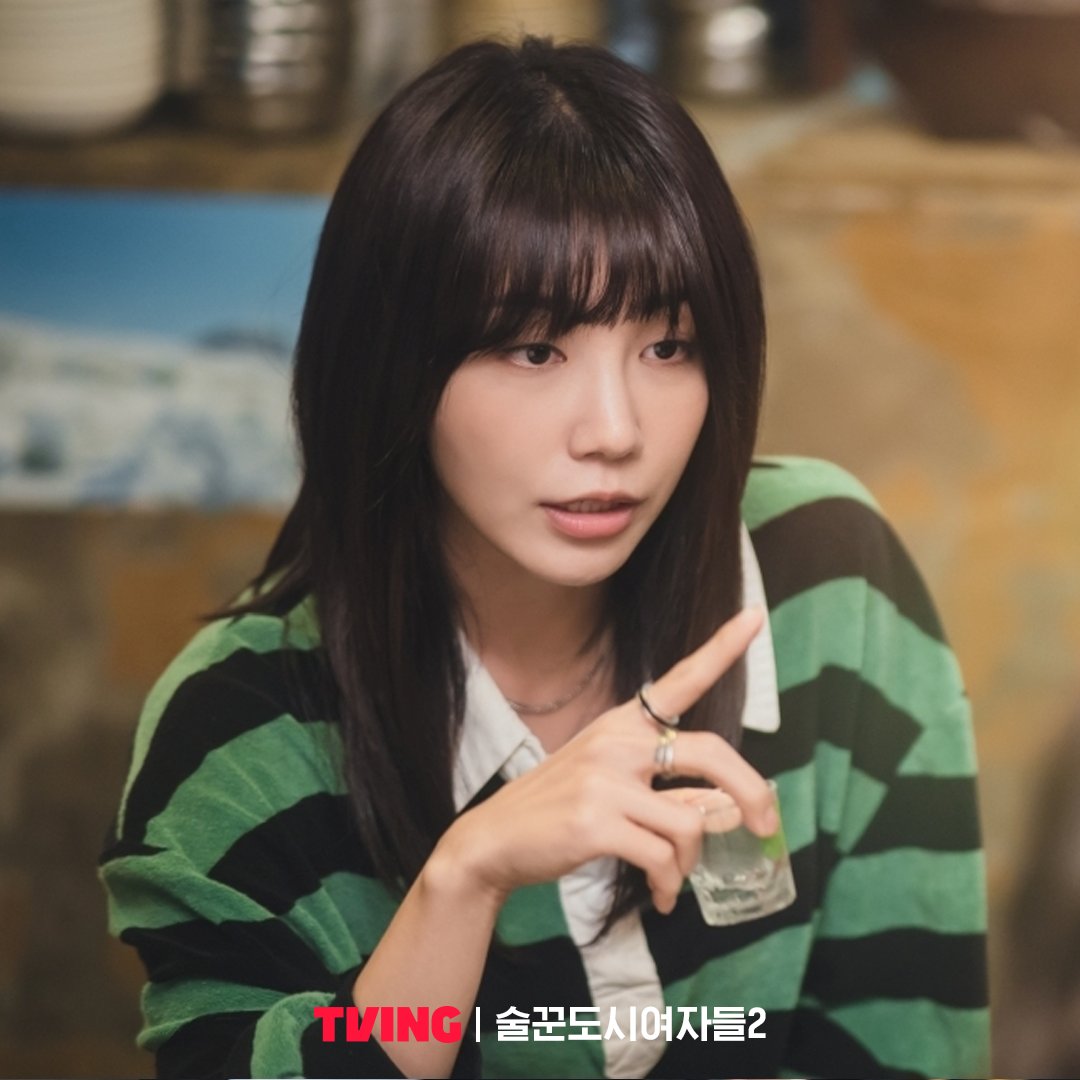 Finally, there is a photo of Kang Ji Goo sitting outside of a convenience store, sipping on a can of beer. As she tries to work through the many worries and personal challenges she faces, she has taken to not only drinking alone but also drinking during the day. 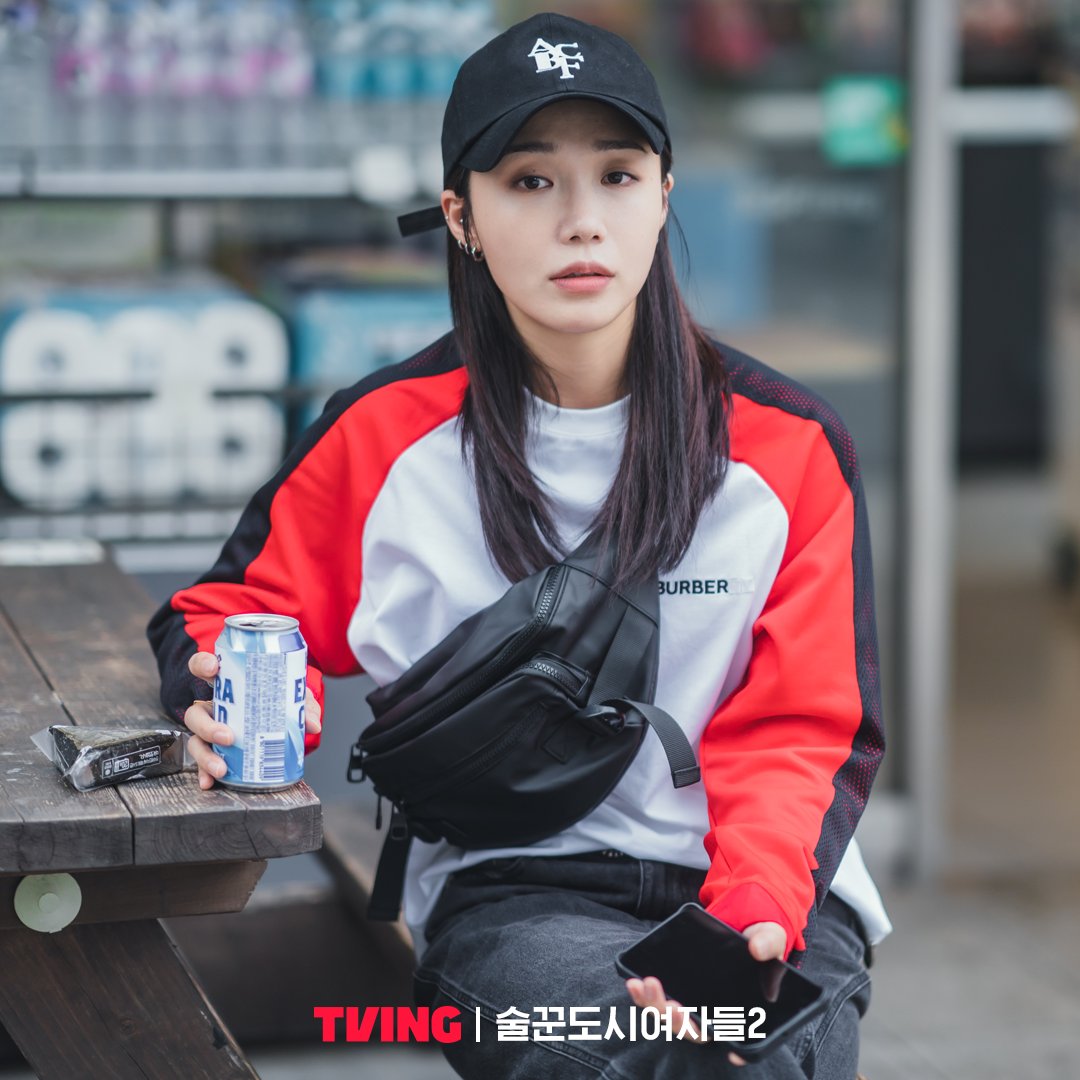