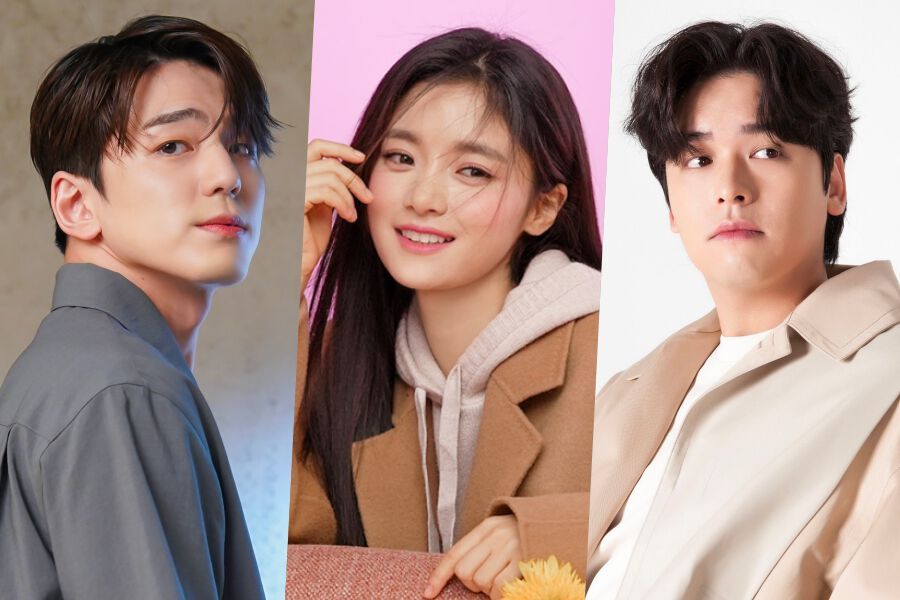 News of the popular webtoon and web novel titled “Holy Idol” (literal translation) being turned into a drama has created much excitement amongst fans and potential viewers with the drama officially being slated to premiere sometime in the first half of 2023.

“Holy Idol” is a drama series that tells the story of High Priest Rembrary who one day suddenly finds himself in the body of unknown idol Woo Yeon Woo, a member of the group Wild Animal. Kim Min Kyu will be taking on the role of High Priest Rembrary, and there is already much anticipation building around his starring role after his memorable performances in dramas such as “A Business Proposal” and “Queen: Love and War.”

Go Bo Gyeol will be playing the manager of Wild Animal and Woo Yeon Woo’s No. 1 fan Kim Dal. Kim Dal started out as Wild Animal’s only fan, but upon Woo Yeon Woo’s possession by Rembrary, she decides to become the group’s manager in order to save Woo Yeon Woo. Go Bo Gyeol has starred in a plethora of works including “Mother,” “Go Back Couple,” and “Arthdal Chronicles.”

This drama will follow the story of romance that unfolds between the High Priest and Woo Yeon Woo’s biggest fan.

Lee Jang Woo will also be appearing in this drama as Shin Jo Woon, vice chairman of Korea’s largest entertainment company. The film that he invested in and distributed through his company achieved global recognition and fame while the dramas and variety shows that he puts together achieve the highest viewership ratings, making Shin Jo Woon quite the notable figure amongst the entertainment industry. However, one day his body is possessed by the Demon King Lumena. Lee Jang Woo’s “Homemade Love Story” and “Graceful Family” give just a preview as to the superb acting abilities and talent he will lend to this drama.

Tak Jae Joon will play the talented vocalist Sun Woo Shil, a senior to Woo Yeon Woo who despises the Wild Animal member. He is an artist with lots of self-confidence, receiving recognition far and wide as one of the top four vocalists in the country. This will be Tak Jae Hoon’s first drama appearance in 13 years.

Finally, Ye Ji Won will be playing Lim Sun Ja, the head of Wild Animal’s agency. For a while, Lim Sun Ja considers having the group disband due to their lack of success but begins to feel a new sense of hope as the group starts to receive attention from the various incidents caused by Woo Yeon Woo.

“Holy Idol” will premiere sometime during the first half of 2023. Stay tuned for updates!