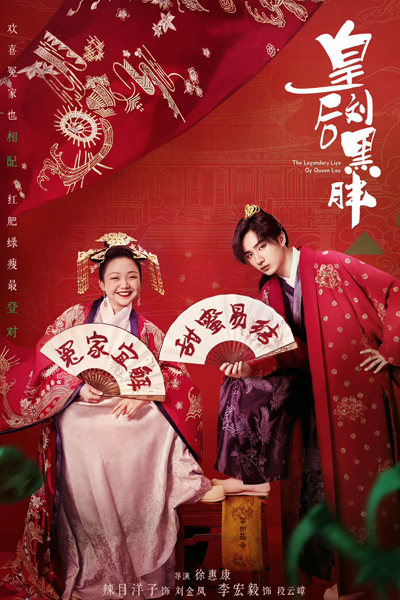 Everyone thought that fate played an unbelievable joke - the foul-mouthed woman from the village who can beat a brawny man with her bare hands has become queen! She will be the one to help her "weak chicken" husband in a story full of laughter and warmth.

Liu Jin Feng was abandoned by her own father. Growing up in a small alley, she and her mother only had each other to depend on. The entire court laughed when she married into the imperial family. Even her husband, the King , was suspicious of her and repeatedly tried to test her loyalties. Duke Qi has been manipulating government affairs, the young king has always had lofty ideals for the future of his kingdom. Jin Feng's chubby appearance is unlike the fair and slender maidens in the inner court. With her around, life in the palace has become less boring and more chaotic. As the newly weds get to know each other, the most "mismatched" king and queen become the most perfect couple.

Adapted from the novel of the same name by Ge Yang (戈鞅).