The new film “Road to Boston” has released a poster and teaser!

“Road to Boston” tells the story of Korean national marathoners who eagerly want to compete in an international marathon event for the first time after the liberation of Korea. The Boston Marathon is a prestigious marathon event that boasts lengthy history and prestige and is held every year on the third Monday of April ever since it started in 1897. In the film “Road to Boston,” the journey and anecdotes of the very first runners from Korea who overcome the chaotic national situation after liberation will unfold.

In the newly released poster, Ha Jung Woo, Im Siwan, and Bae Sung Woo are shown running together under the sunlight ahead of a marathon event. 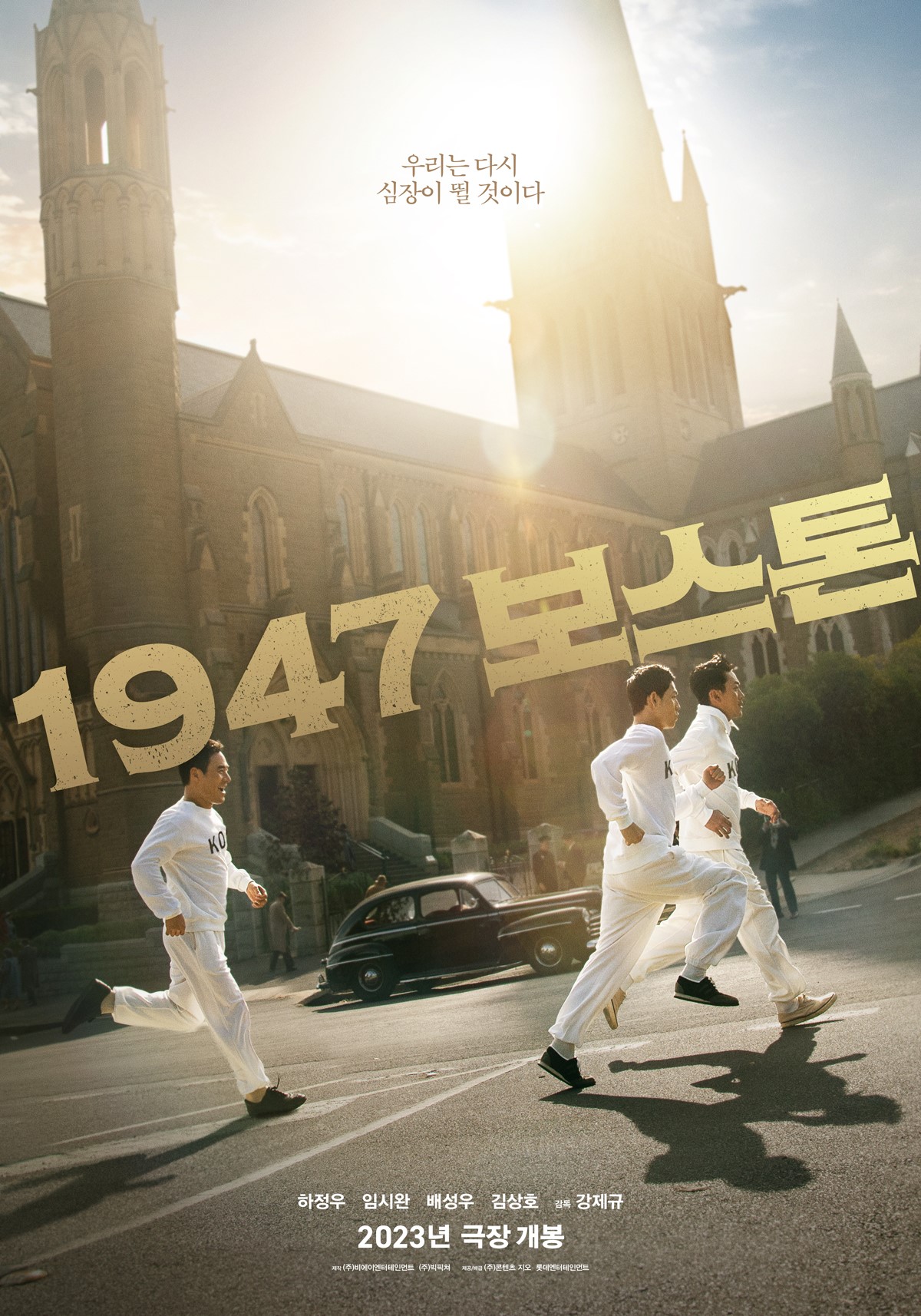 A teaser for “Road to Boston” kicks off with a stadium announcer’s narration, “The winner of the 1936 Berlin Olympic Marathon Event is Son Ki Tei (Japanese pronunciation for Sohn Kee Chung, the Korean man who won the gold medal in the marathon at 1936 Berlin Olympics who had to compete as a member of the Japanese delegation).” A man’s voice then follows, “Because we were not able to run under our own names, we have to make it so that our children are able to run for their own country under their own names.” Amidst the marathon event, the attention of the crowd is focused on a marathoner who is referred to as “the second Sohn Kee Chung” wearing Team Korea’s shirt.

Watch the full teaser below!

“Road to Boston” is directed by Kang Je Gyu who helmed the films “Shiri” and “Taegukgi” and is scheduled to be released in September 2023 around the Chuseok holiday in Korea. Stay tuned!