Tension will escalate in the upcoming episode of “Eve”!

“Eve” is about a chaebol‘s 2 trillion won (approximately $1.7 billion) divorce lawsuit that shocks the entire nation. Unbeknownst to the public, the lawsuit is the result of a carefully calculated revenge scheme 13 years in the making. Seo Ye Ji stars as Lee Ra El, the dangerously alluring woman at the center of the divorce lawsuit whose true identity and lifestyle are slowly starting to come to light.

Previously on “Eve,” Lee Ra El was convinced that Han So Ra (Yoo Sun) killed her mother Kim Jin Sook (Kim Jung Young) and revised her revenge plan to destroy her in a more devastating way. Towards the end of the episode, Lee Ra El purposely hinted that Kang Yoon Kyum (Park Byung Eun) was having an affair behind her back.

The newly released stills capture a tense moment between Lee Ra El and Han So Ra. Lee Ra El draws attention with her completely changed attitude, and she especially steals the spotlight with her fancy hat and scarf. Her empty gaze is nothing but icy, and there’s not a hint of warmth or mercy on her face. 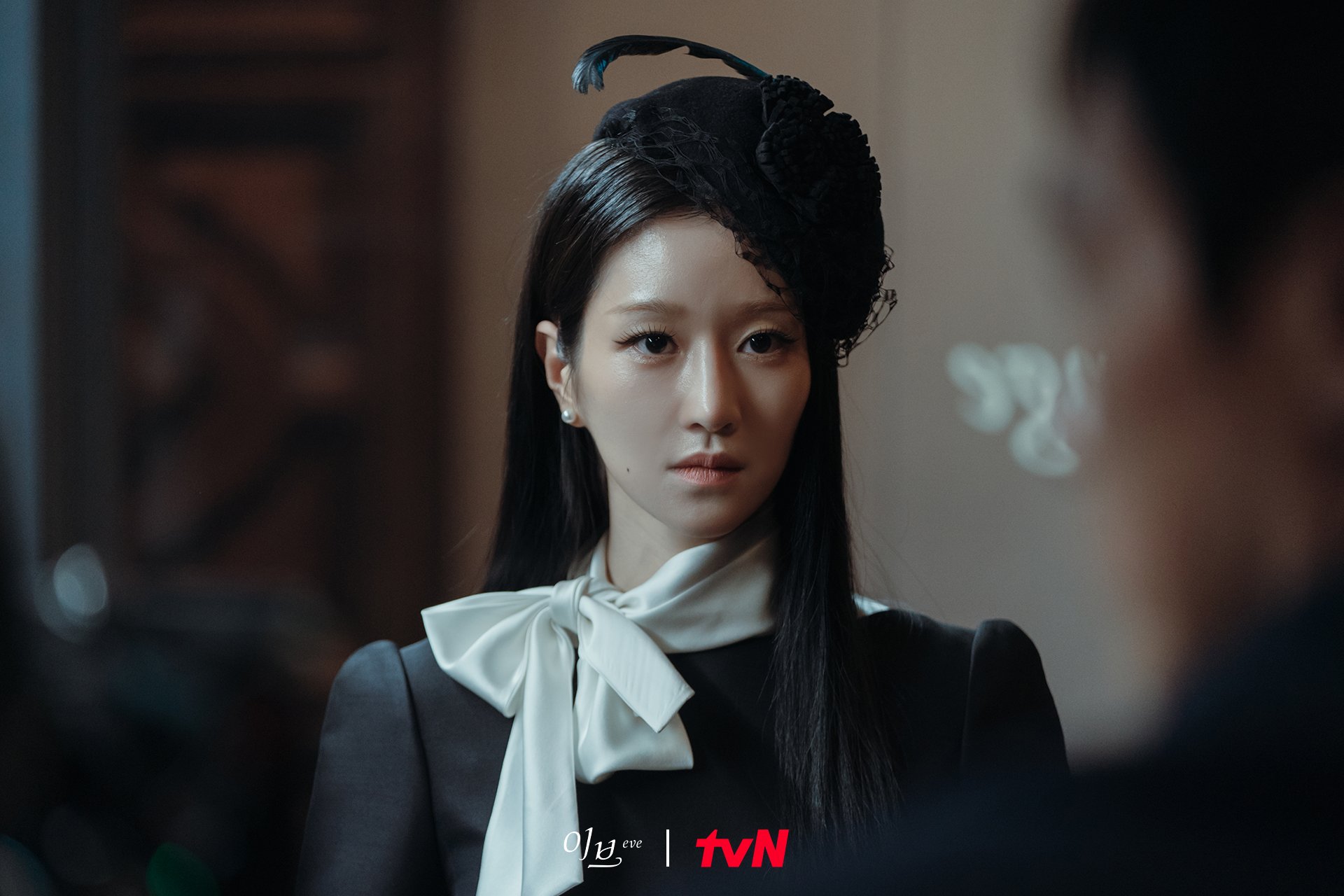 On the other hand, Han So Ra looks both shocked and furious to hear that Lee Ra El is the woman who is having an affair with her husband. Her eyes are full of fiery flames that show her fluctuating emotions. Why did Lee Ra El reveal the truth to Han So Ra, and how will her revenge plan unfold in the future? 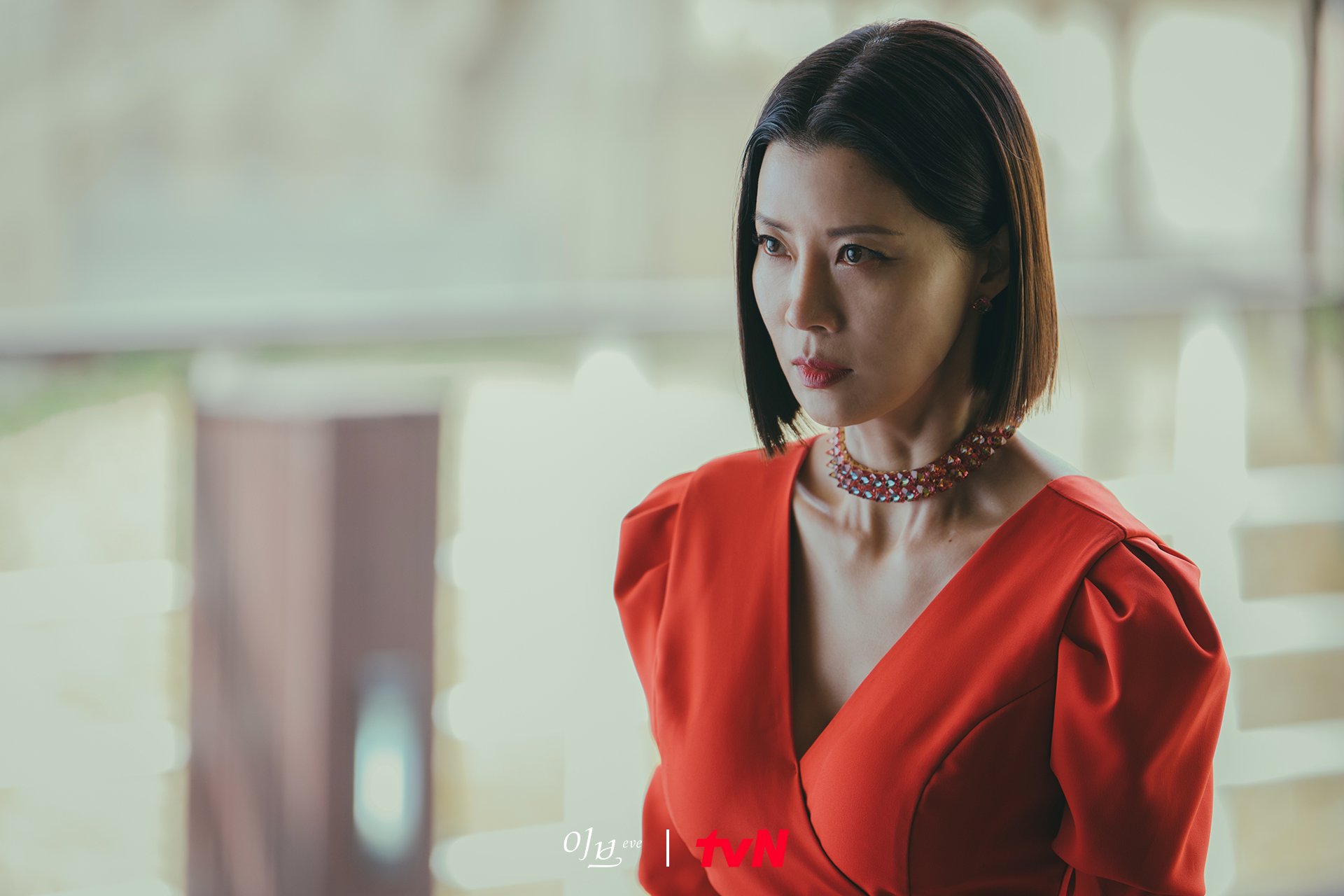 The production team shared, “Today, Lee Ra El will reveal her affair with Kang Yoon Kyum to Han So Ra and show her dark side. This will turn the tables on her revenge plan. The tense confrontation between Lee Ra El, who started an all-out war with Han So Ra for vengeance, and Han So Ra, who is growing mad with obsession, will make your palms sweat. Please keep an eye on the broadcast.”