“Our Blooming Youth” Breaks Down Interesting Relationships Between Park Hyung Sik, Jeon So Nee, And More

A character relationship chart for “Our Blooming Youth” has dropped!

tvN’s upcoming historical drama “Our Blooming Youth” tells the story of a prince suffering from a mysterious curse and a genius woman who is accused of murdering her family members. Their romance develops through the process of the man saving the woman from her false accusation and the woman saving the man from his curse.

The newly released character relationship chart previews the links between various youth who have the power to save one another from danger. At the center of the story are Crown Prince Lee Hwan (Park Hyung Sik) and murder suspect Min Jae Yi (Jeon So Nee). With Lee Hwan under an unidentifiable curse and Min Jae Yi being falsely accused of murdering her family, both characters are faced with life-changing situations.

As a result, Lee Hwan is forced to disguise himself as scholar Park of Namsangol, while Min Jae Yi presents herself as male eunuch Go Soon Dol. In their disguises, the pair joins forces to uncover the truth. However, their partnership is not as simple as it seems with the chart stating, “Should we hold hands or let go?” Will these two be able to save each other or will their suspicions and lack of trust get in the way?

Han Sung On is Min Jae Yi’s fiancé and Lee Hwan’s close friend. However, there appears to be an incoming hurdle in his relationship with Lee Hwan as the chart questions, “Unchanging friendship?” Tae Kang closely follows and protects the Crown Prince as his loyal bodyguard. 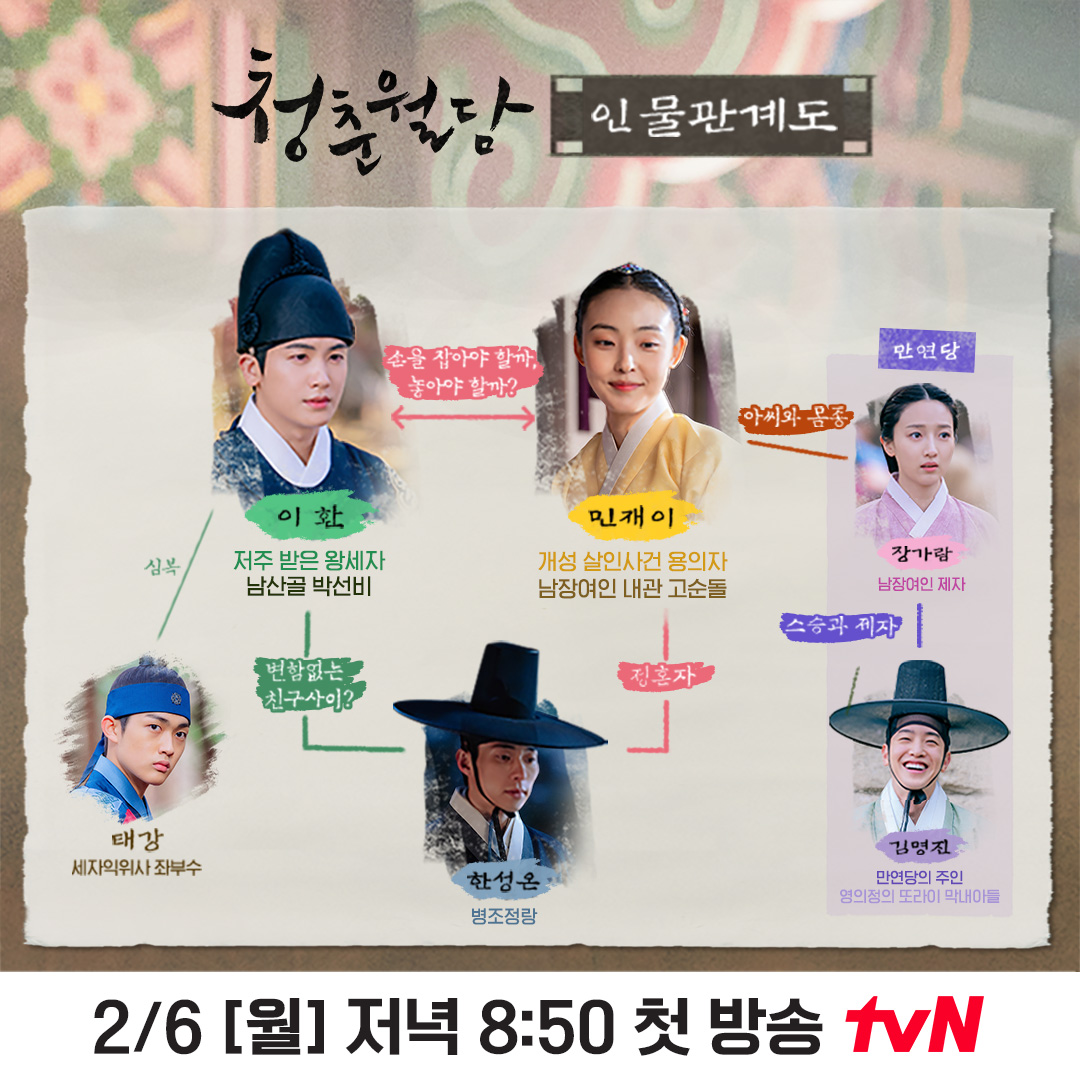 Close to Min Jae Yi are her father Min Ho Seung (Seo Tae Hwa), who has suddenly passed away, and Shim Young (Kim Woo Seok), who is ambiguously described as someone who is like a brother or a secret lover to Min Jae Yi. 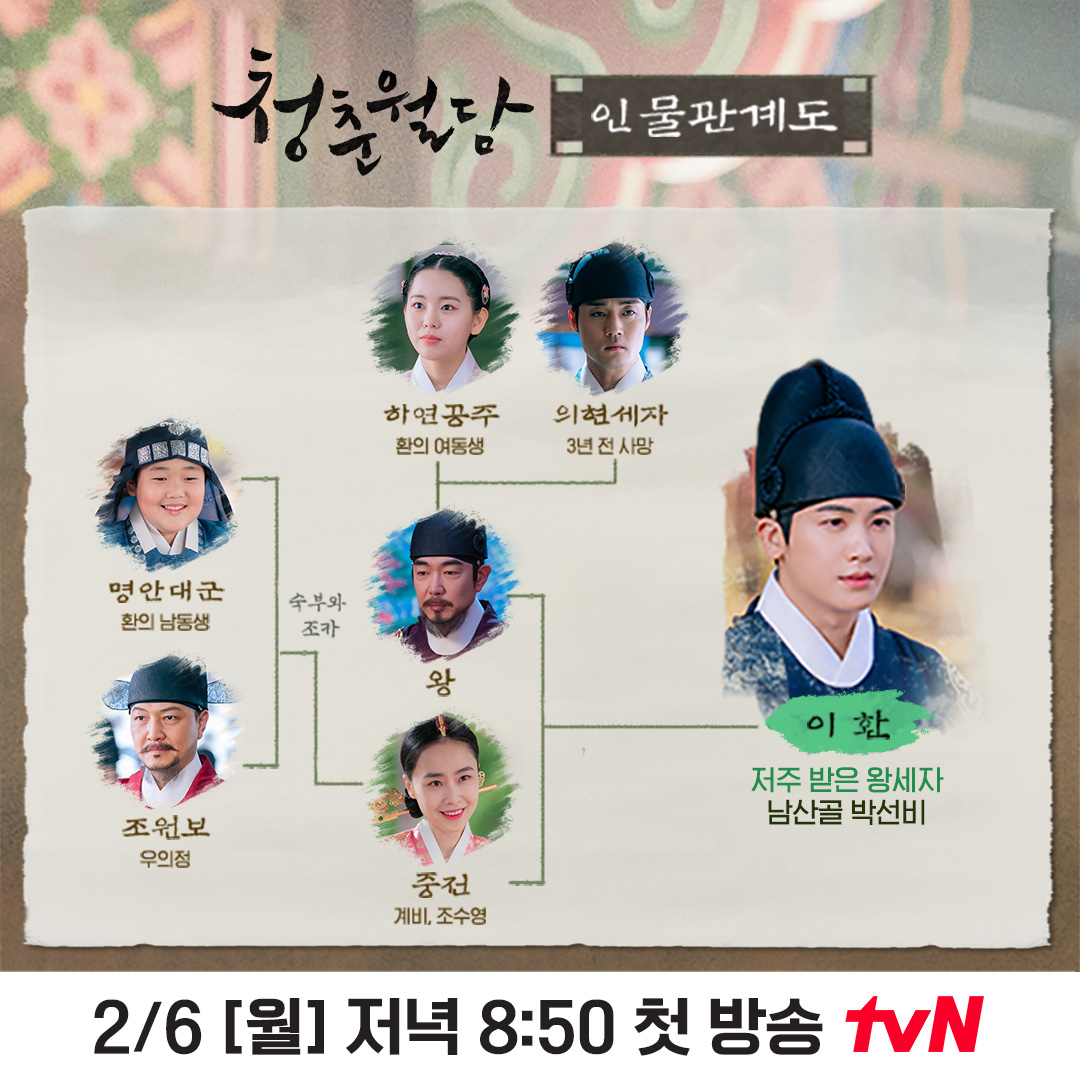 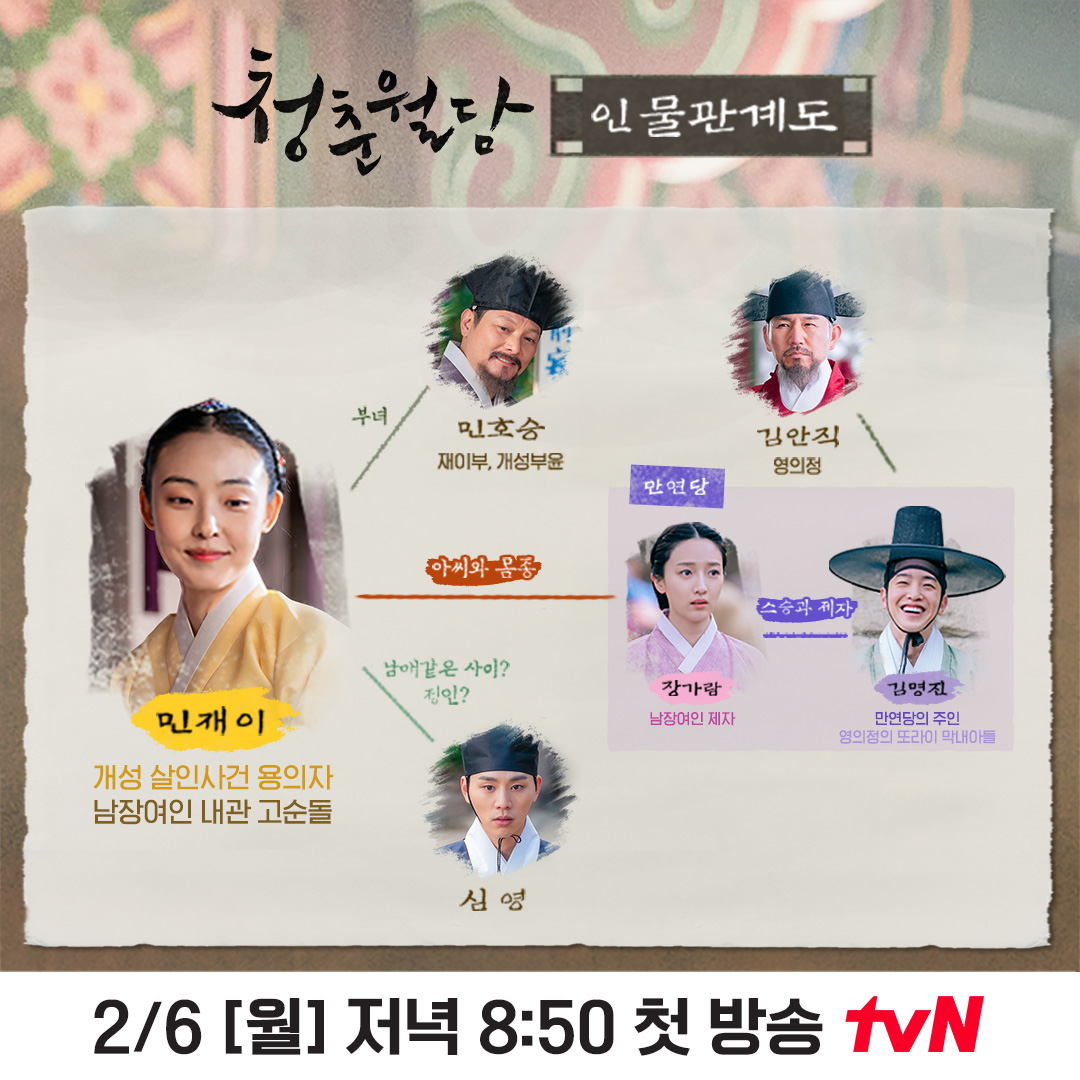 With such a diverse cast, “Our Blooming Youth” is raising anticipation for the upcoming mystery story that involves numerous people regardless of status, gender, and age.

tvN’s “Our Blooming Youth” premieres on February 6 at 8:50 p.m. KST and will be available on Dramacool!