MBC’s upcoming drama “The Forbidden Marriage” has shared a glimpse of its stars behind the scenes of filming!

Based on the web novel of the same name, “The Forbidden Marriage” is a new drama starring Kim Young Dae as King Yi Heon, who falls deep into despair after the death of his wife and ends up prohibiting marriage in his kingdom. Seven years after the loss of his wife (played by IZ*ONE’s Kim Min Ju), who was then the crown princess, he comes across a con artist named So Rang (Park Ju Hyun) who claims that she can be possessed by the late princess’s spirit.

The new behind-the-scenes photos offer a sneak peek of the unlikely trio formed by King Yi Heon, So Rang, and Lee Shin Won (Kim Woo Seok). Notably, the chemistry between the three leads shines just as bright when the cameras aren’t rolling—Kim Young Dae and Park Ju Hyun make a picture-perfect couple as they monitor a take together, while Park Ju Hyun and Kim Woo Seok look absolutely adorable posing for a photo on set.

Check out all of the new photos below! 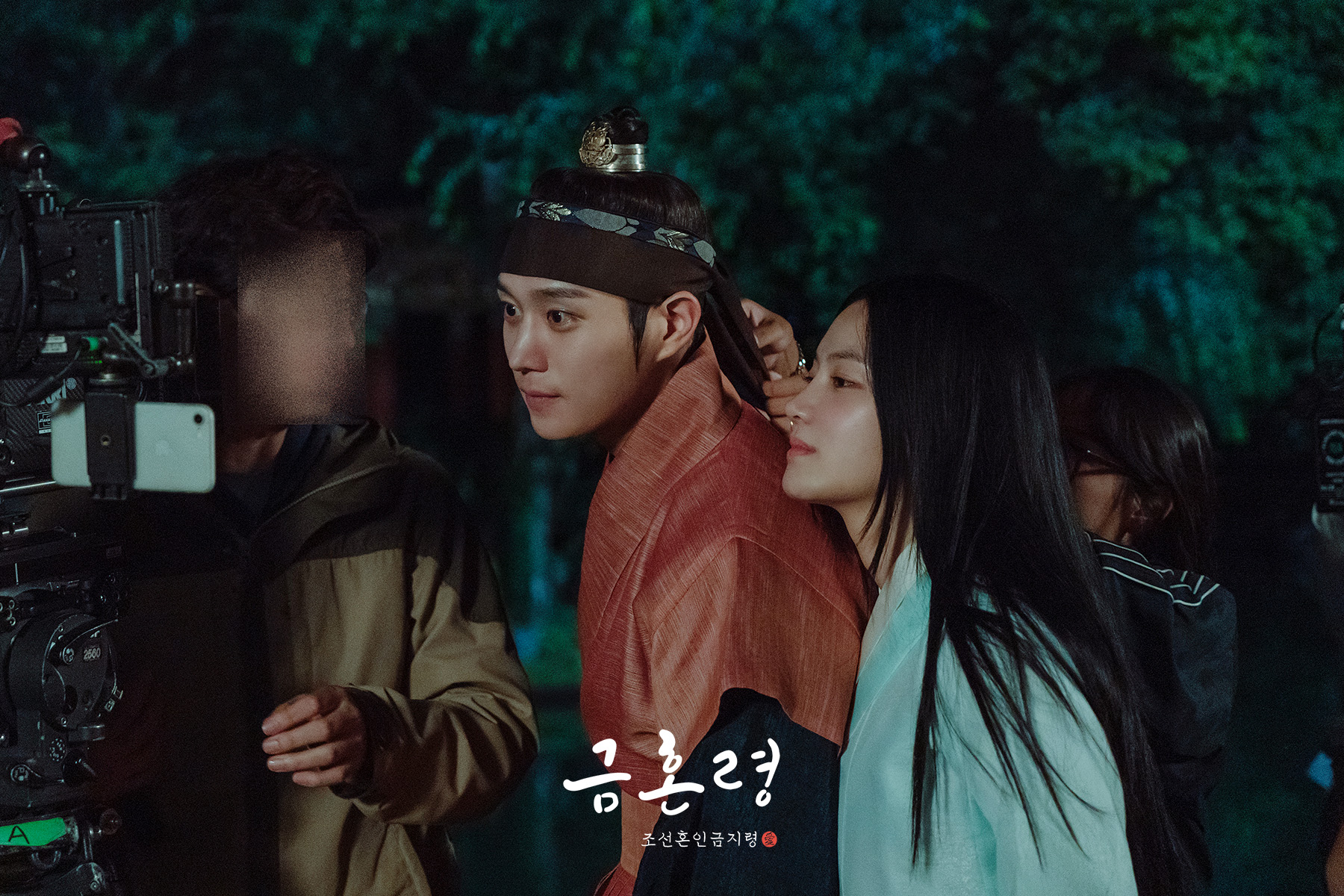 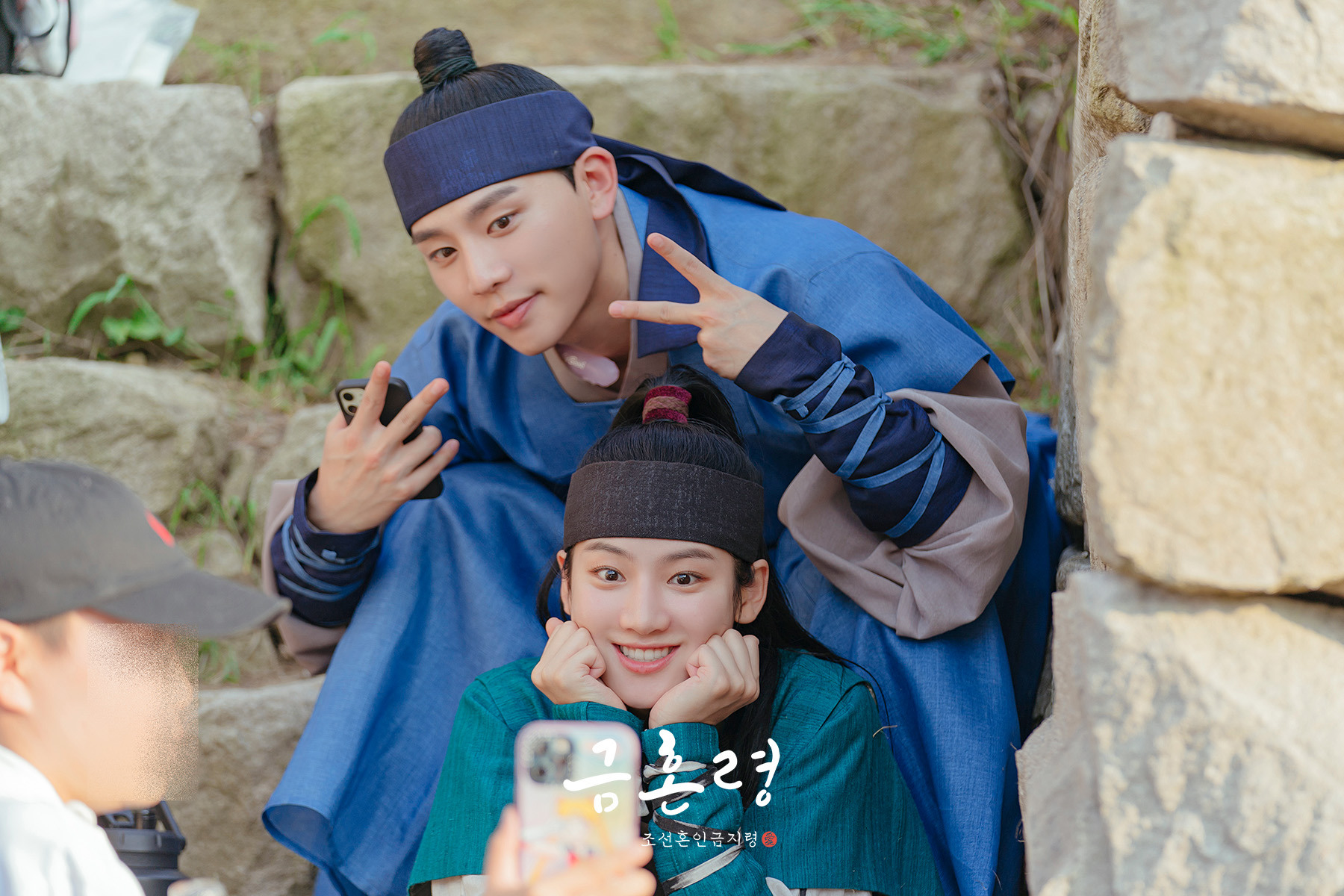 “The Forbidden Marriage” premieres on December 9 at 9:50 p.m. KST and will be available with subtitles on Dramacool.