Im Soo Hyang And Kim Jung Hyun Can’t Take Their Eyes Off Each Other In “Kokdu: Season Of Deity”

MBC’s “Kokdu: Season of Deity” is a new fantasy romance which tells the story of a grim reaper named Kokdu (Kim Jung Hyun) who comes down to this world to punish humans every 99 years. When Kokdu meets Han Gye Jeol (Im Soo Hyang), a doctor with mysterious abilities, he starts working as a visiting doctor.

Against the backdrop of early spring with the beautiful cherry blossoms in full bloom, the newly released stills portray Kokdu carrying Han Gye Jeol in his arms, catching her as she is about to fall down the stairs. 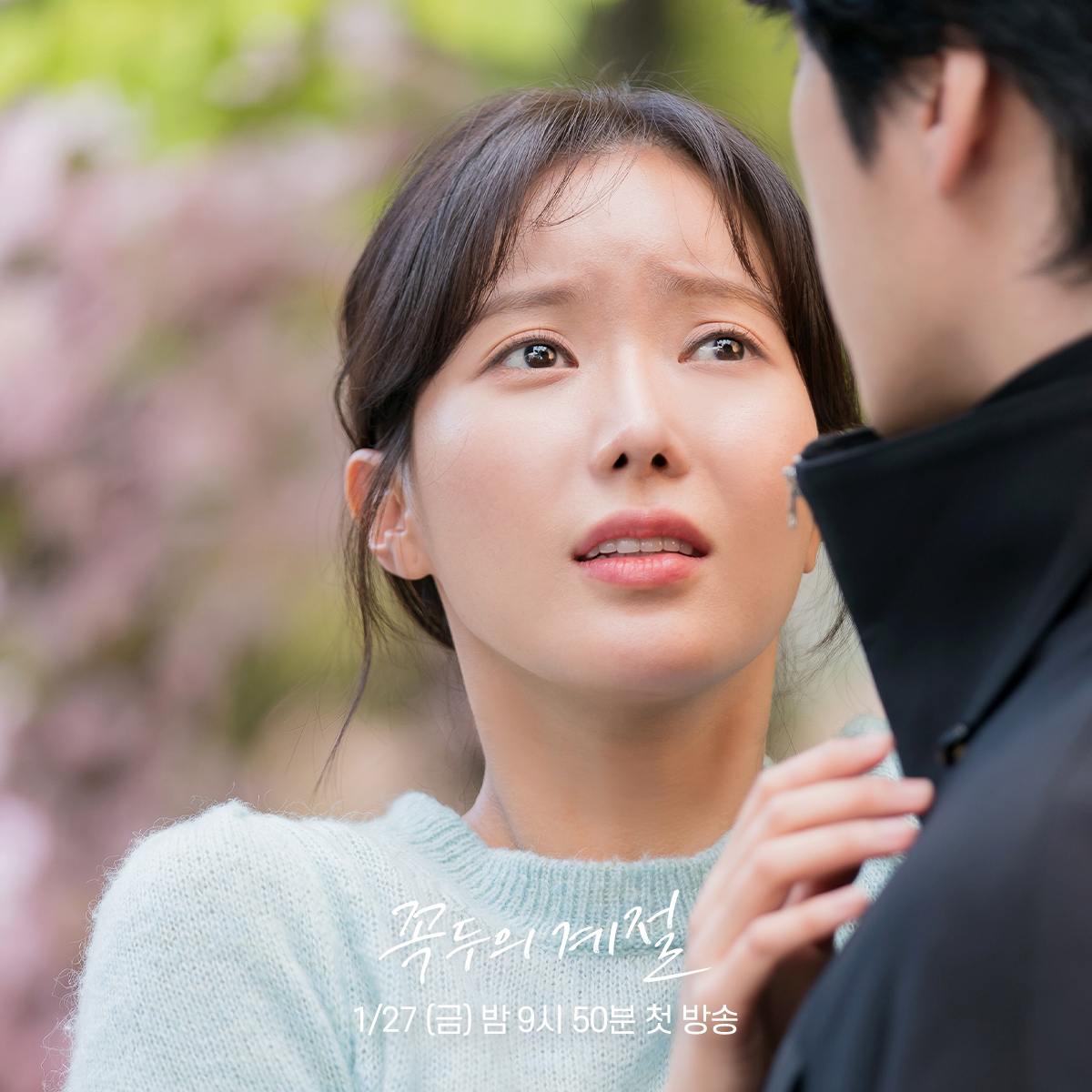 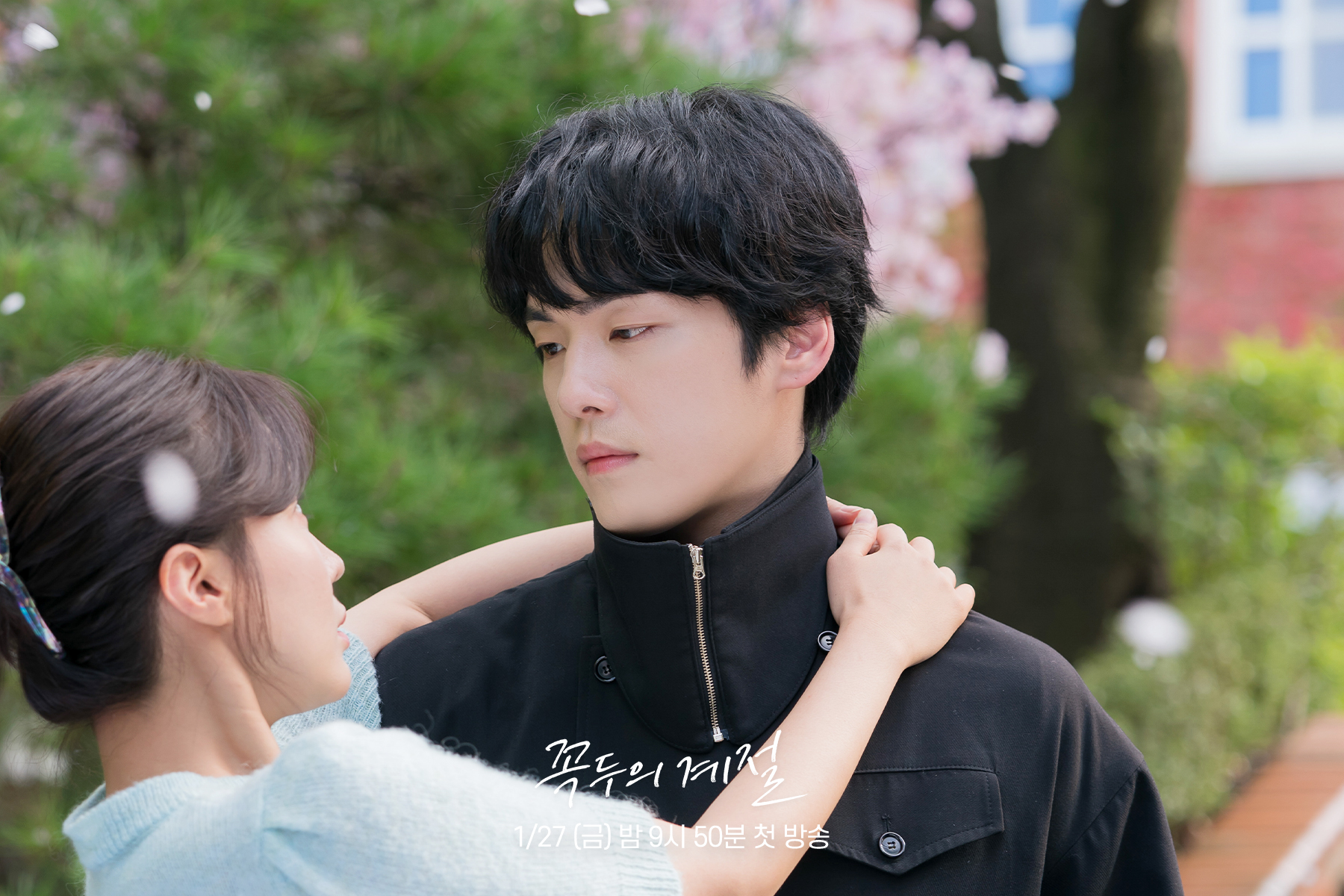 Time appears to stop, but Han Gye Jeol’s heart continues to beat loudly as she can’t take her eyes off Kokdu in the heart-fluttering moment. On the other hand, Kokdu remains expressionless while carrying Han Gye Jeol, raising even more anticipation for their chemistry to come. 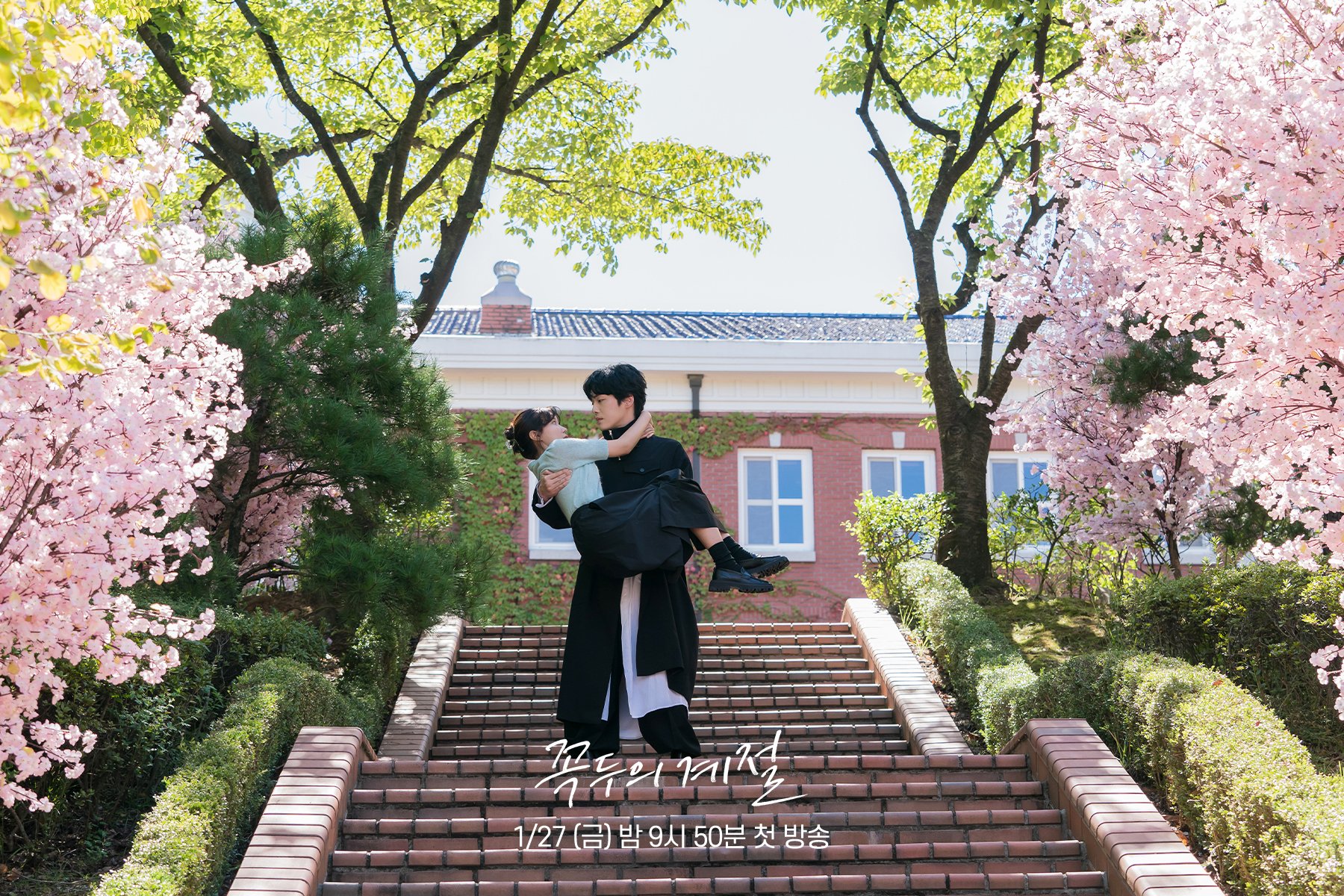