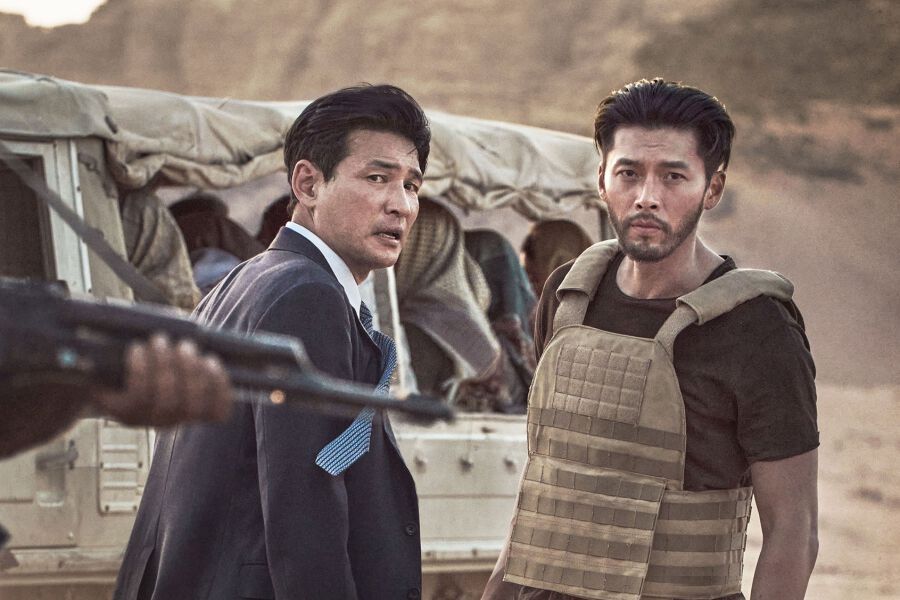 Hyun Bin and Hwang Jung Min’s new film “The Point Men” is off to a strong start at the Korean box office!

According to the Korean Film Council, “The Point Men” officially reached a total of 1,023,232 moviegoers on January 24, the seventh day of its release. The action film ruled the Korean box office at No. 1 over the Lunar New Year holiday.

“The Point Men,” the first Korean movie ever to be filmed on location in Jordan, tells the story of a diplomat and a National Intelligence Service (NIS) agent who risk their lives to save Korean hostages that have been abducted by the Taliban in Afghanistan. DIrected by Im Soon Rye, the film stars Hyun Bin, Hwang Jung Min, and Kang Ki Young.

Congratulations to the movie’s cast and crew!