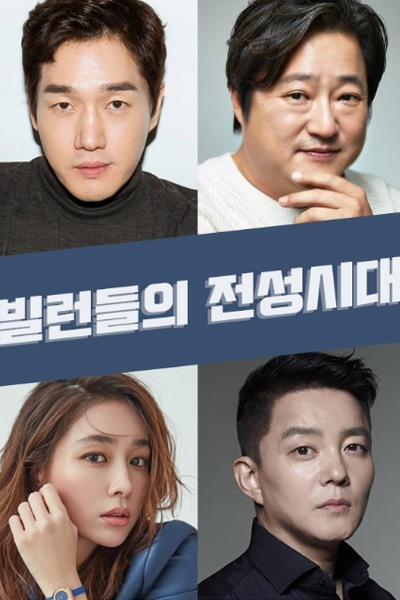 A bloody confrontation takes place between villains over super-notes, which is a counterfeit bill of extreme high quality.

Code name J is a veiled criminal planner, who is extremely smart. He has a 100% winning rate in his crimes. J proudly calls each of his crimes a masterpiece.

Jang Joong Hyeok is a corrupt detective, who is obsessed with money. Using his status as a detective, he takes bribes from people and snatches money away from thieves.

Cha Ki Tae once worked as the head of a financial crime team at the NIS (National Intelligence Service), but he does not hold that job anymore. Due to J's planned crime, that took place 5 years ago, Cha Ki Tae’s life has become a mess. Cha Ki Tae now chases after the man known as J.

Due to J’s planned crime from 5 years ago, Han Soo Hyun’s life was completely ruined. After that, she learned a technique to make counterfeit bills from ascetic Yang. She is now the best counterfeit bill artist. She waits for the moment she can take revenge on J. That moment is now.